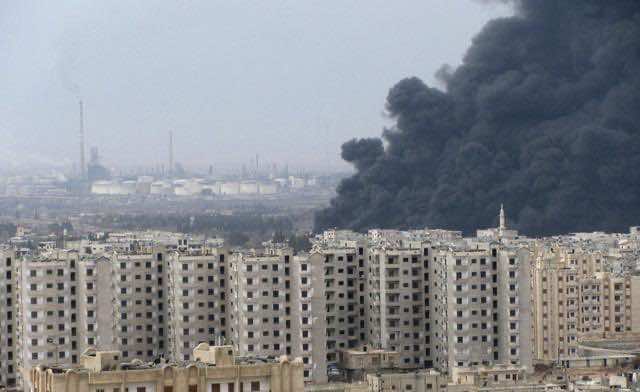 The spokesman for Syria’s Muslim Brotherhood, Zuhair Salem said the claim was on a fake website created by the regime.

Salem, speaking from London, said the claim was “completely fabricated under our name on the Internet.”

It was “completely orchestrated by the regime, just as the attacks were,” he added.

Earlier, AFP reported the Muslim Brotherhood as accepting responsibility for the attack based on a statement on its website which read: “One of our victorious Sunni brigades was able to target the state security building in Kfar Suseh in the heart of the Omayyad capital Damascus in a successful operation carried out by four of our kamikazes drawn from the best of our glorious men, leaving many dead and wounded from the ranks of the Assad gangs.”

The regime of President Bashar al-Assad had said on Friday that the bombings were the work of al-Qaeda.

The opposition Syrian National Council claims that the regime had carried them out.

When asked to comment on the opposition’s claim, Deputy Foreign Minister Faisal Meqdad told reporters at one of the bomb sites on Friday that, “Anyone who makes such allegations is a criminal.”
At least 44 people were killed in the twin bomb attacks, most of the dead were civilians.

State television said that “several soldiers and a large number of civilians were killed in the two attacks carried out by suicide bombers in vehicles packed with explosives against bases of state security and another branch of the security services.”

A delegation of Arab League officials visited the sites of two explosions in Damascus on Friday to inspect damage, Syrian state television said.

A member of the Arab League team, contacted by telephone by Reuters, did not give details of the group’s movements but did say members were holding meetings.

Arab League monitors are to meet Syria’s Foreign Minister Walid Muallem on Saturday to discuss ways to implement the plan which aims to end the violence in the country.