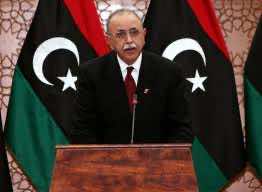 Libya’s economy minister Tahar Sharkass, who also held a post under Moamer Kadhafi, has resigned after protests demanding the exclusion of former regime officials, the prime minister said on Saturday.

Sharkass stood down in the wake of days of demonstrations in the capital and in the eastern city of Benghazi demanding that officials who served under dead dictator Kadhafi be excluded from public life in the new Libya.

He had also served in Kadhafi’s economy ministry.

The protesters has also demanded that former officials and “opportunists” be excluded, that the right to freedom of expression be guaranteed, that the authorities act transparently and that young people be better represented.