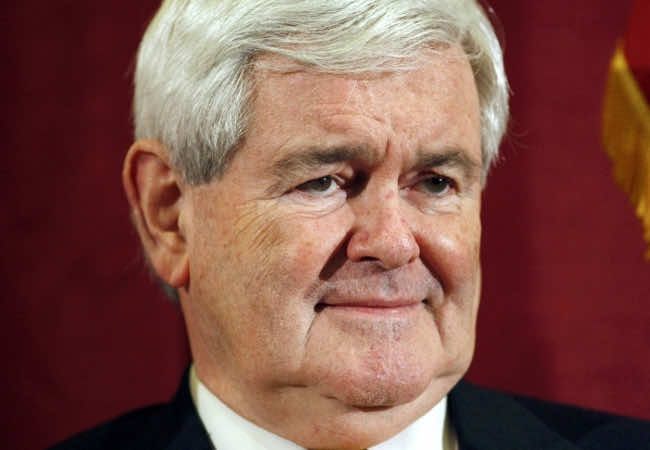 Leading US Republican presidential candidate Newt Gingrich has failed to meet the requirements to be in the presidential primary election in Virginia, where he resides, the state’s Republican Party said.

Gingrich had been leading in a poll of Virginia voters and a spokesman for the former speaker of the House of Representatives defiantly pledged on Saturday to run a write-in campaign for the March 6 vote.

However, Virginia does not permit write-ins in primary elections, according to the state code.

The Virginia Republican Party also said Texas Governor Rick Perry’s petitions also had failed to qualify him for the ballot.

Only Mitt Romney, the former Massachusetts Governor and Ron Paul, a Texas Congressman, managed to qualify.

Despite Gingrich’s last-minute scramble to submit his petitions by the deadline, the state party said on its website
on Saturday that a review process showed he did not have the required 10,000 verifiable signatures.

The Virginia state board of elections earlier had said Gingrich, among the top three Republican candidates nationally,
had made the ballot with 11,050 signatures.

“Only a failed system excludes four out of the six major candidates seeking access to the ballot,” Gingrich campaign director Michael Krull said. “Voters deserve the right to vote for any top contender, especially leading candidates.

“We will work with the Republican Party of Virginia to pursue an aggressive write-in campaign to make sure that all the voters of Virginia are able to vote for the candidate of their choice,” Krull said.

But Virginia Code Section 24.2-644(C) rules out write-ins in its first sentence, saying: “At all elections except primary elections it shall be lawful for any voter to vote for any person other than the listed candidates for the office by writing or hand printing the person’s name on the official ballot.”

A December 22 Quinnipiac poll for Virginia had Gingrich ahead with 30 per cent of the vote, compared with 25 per cent for Romney and 9 per cent for Paul.

Virginia is one of 11 states holding a primary or caucus on March 6.

After Gingrich staged two campaign events in the state last week, his campaign had been confident that he had made the ballot even as his last-minute scramble raised concerns about Gingrich’s abilities to run a national campaign.