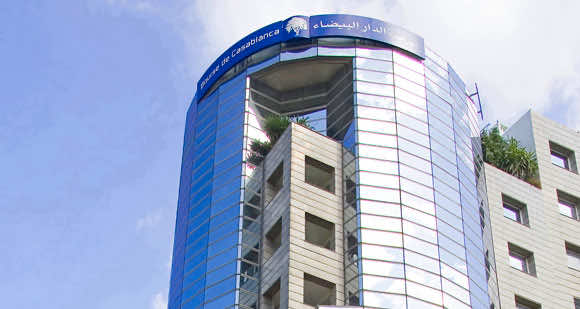 The Exchange Office has posted the preliminary foreign trade indicators at the end of November 2011, which showed that the trade balance of Morocco is still marked by an estimated deficit of 166.45 billion dirhams. This is due to a sharp increase in imports, up 19% in comparison to the same period in 2010.

By the end of the month, exports FOB (Free On Board, which expresses all goods that have been delivered by the seller to the exporting vessel) reached the amount of 154.77 billion DH against 134.07 billion DH; an increase of 15.4% over the same period last year.

Derivatives of phosphate exports reached 32.8 billion DH against nearly 24 billion in 2010, representing an increase of 35.7%. For their part, phosphates continued their upward trend to 11.30 billion DH, or a 36.1% increase.

Decline in food and fresh fish

This decrease also affected food products such as citrus fruits (-25.1%) and vegetables (-4.7%). For the reporting period, only exports of fresh tomatoes rose, up 6.3%.

According to the Office des changes, the provisional indicators of regarding imports CIF (Cost, Insurance, Freight, is the price of goods at the border of the importing country prior to the payment of taxes and duties on imports amounted to 321.25 billion DH, against 268.28 billion DH the end of November 2010, an increase of 19.7%.

In addition, grains heavily burdened the trade balance of Morocco, following the surge in prices in the international market. The foreign exchange bureau assigned an increase of 33.6% for wheat (8.69 billion DH against 6.50 billion DH of imports at the end of November 2010). For sugar, import volumes amounted to 4.29 billion against DH 2.79 billion DH, an increase of 53.4%.

These indicators provided by the Exchange Office show that the trade balance is -166,480 billion DH against 134,200 DH at the end of November 2010, a worsening of 24.1%. According to benchmark figures of the Ministry of Economy and Finance, the rate of coverage is currently 49.4% against 50% at end-November 2010. The HCP estimated six months of imports and foreign exchange reserves.

The next government will have to think seriously about long terms policies that could help the Moroccan economy to reverse the current trade imbalance.