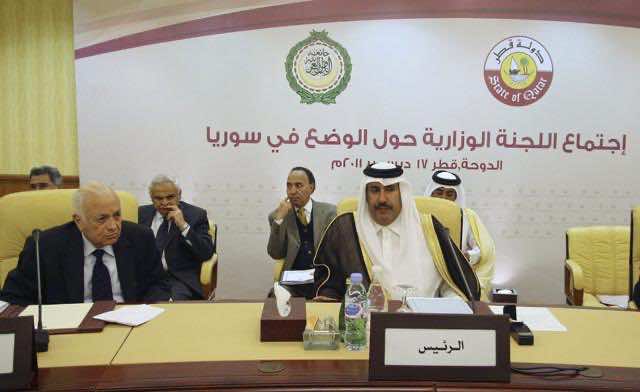 The opposition Syrian National Council appealed Sunday for the Arab League to immediately send observers to the besieged city of Homs and other hotspots of a bloody crackdown on dissent.

“Since early this morning, the (Homs) neighborhood of Baba Amr has been under a tight siege and the threat of military invasion by an estimated 4,000 soldiers,” the SNC said in a statement received in Nicosia.

“This is in addition to the nonstop bombing of Homs that has been going on for days,” said the council, the main umbrella group of opponents of President Bashar al-Assad.

The central city of Homs has been a focal point of the Assad government’s crackdown on nine months of anti-regime demonstrations, as well as the site of fierce clashes between the army and mutinous soldiers.

An advance team of Arab League monitors arrived in Damascus on Thursday to pave the way for an observer mission to oversee a deal to end the crackdown, which the U.N. estimates has killed more than 5,000 people since March.

“The Syrian National Council demands that the Arab League observers go to Homs immediately, specifically to the besieged neighborhoods, to fulfill their stated mission,” it said in the statement.

“In addition, we demand that the observers go to all the hotspots in Syria, or withdraw and conclude their mission if it is not possible for them to do so.

“We hold the Arab League and the international community accountable for the massacres and bloodshed committed by the regime in Syria,” said the opposition group.

Syrian Foreign Minister Walid Muallem has said he expects the Arab League observers to vindicate his government’s contention that the violence in the country is the work of “armed terrorists”.

Western governments and rights watchdogs blame the Assad regime for the bloodshed.

Opposition leaders charge that Syria agreed to the mission after weeks of prevarication in a “ploy” to head off a League threat to go to the U.N. Security Council over the crackdown.