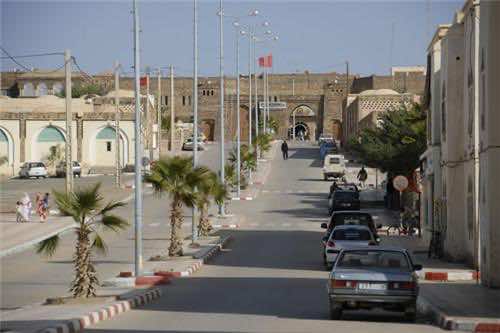 “It is not because things are difficult that we do not dare; It is because we do not dare that they are difficult,” Seneca once said. The great Einstein said that ’the significant problems we face cannot be solved at the same level of thinking we were at when we created them‘. As far as the problem of the Sahara is concerned, unfortunately, our leaders in Rabat are doing the same things they and their predecessors have been doing. In essence, they are repeating the same mistakes and suggesting the same futile solutions.

As a result, the whole issue of the Sahara is stuck in a vicious circle. History teaches us that those who keep sewing the same seeds in the same gardens will end up reaping the same results. The truth is that those who follow the issue of the Sahara in the capital are sewing the wind. Consequently, they are and will be reaping the storm. They have been for so long attempting to reap where they have not sown. ‘Perhaps they have forgotten the need to sow‘ as Stephan Covey says.

The problem of the Sahara has two maps in fact. The map of how things are in reality in the Sahara, and a map of how things are perceived in Rabat. This dichotomy of maps is what makes the situation absurd and confusing for everyone. Reality is not what reports say. The reports done for Rabat about the Sahara issue, insufficient as they are, are about another reality which exists solely in the minds and offices of the reporters. Their fear of saying and reporting the whole truth and of the consequent threat to their positions and jobs is contributing to misinformation in Rabat that has dire consequences on its handling of the issue.

During the last three decades, whenever a major problem happens in the Sahara, the government change governors and officials instead of confronting the roots of the real problem of the people in the southern provinces and attempting to find solutions for it. We have changed many governors and many officials but the situation remains the same or, dare we say, even worse.

In his book ’Shine In the World’, Robin Sharma makes it clear that: ’step one for personal change is to know what you need to change, to identify your weaknesses. Just like a mechanic cannot fix your car before seeing the problem, you will not be in a position to raise your life to its highest level until you clearly see what is holding you back’. Let’s be frank and say the truth clearly and openly; the change of governors and ministers will change nothing on the ground. We need a change of mentalities and a change of ways of thinking. The situation in the Sahara cannot be changed only from Rabat. Real change has to take place in the Sahara itself–in Laayoune, Boujdour, Dakhla and Es-Semara. This change has to take place inside houses, schools, associations, political parties and local media.

What do we do in the southern provinces to teach people the real values of citizenship and to convince them that the enemies’ propaganda is nothing but a lie? What do political parties do for this national cause which, judging by in their public speeches, they do consider a priority? What is being done in practice to affect the daily life in the Sahara?

Most of the so-called national political parties in Morocco ‘open shop’ and open their doors only at the time of elections. Their work focuses only on accumulating votes regardless of the means. They do not sensitize people. They seldom organize campaigns or open study days with the youth, students, women and children to make them aware of Algeria’s hidden objective to destroy the unity of Morocco and Moroccans. Besides, these parties are often lead by opportunists who serve their own personal agenda more than they serve the masses and the population.

On the other hand, most NGOs and associations are good at raising funds for their benefit. They divide the funds between them and go to sleep all year. They rarely organize activities that touch the subject of the Sahara or the real issues of the local population. In Es-Semara City, for example, it is hard to believe that there are more than 320 associations, when one rarely comes across social, cultural or political activities that cater to the needs of the local people. Most of activists in civil society are disliked by the local people, who do not trust them and often call them ’thieves’ or ‘suckers of the nation’s blood’.

The question that must be asked now is: How dangerous is this state of affairs? The danger is that the enemies of our country’s territorial unity are using this emptiness in the educational, cultural and political stadium in spreading the virus of separatism in the minds of the innocent children and students. After the familiar strategy of the Polsario to convince the adults, now their new strategy is to use childhood and children in creating a sense of disorder and instability. They throw stones at the policemen, write the separatists’ mottos and propaganda on the walls of schools and houses.

Needless to remind ourselves  that what happened during  the opening ceremony at the Pan-Arab Games in Doha last December, in addition to the slap we got from the company in charge of building the Morocco  Mall when they misrepresented our national map excluding our southern provinces are  strong reason that justify our call to wake up and stand up to defend our country’s territorial integrity. I will not discuss the intentions, whether that exclusion of Moroccan Sahara was done  consciously or unconsciously, but what we should learn, as Moroccans, from this events is that it is high time we stood up together hand in hand to face future challenges.

In fact, the last events should push us to be more vigilant and rethink who are our friends and our enemies, whether Arabs or Europeans. The Europeans are showing their teeth in our faces. After eating all our fish, now all what they do is to vomit it. They strengthen their muscles with our fish and they started cutting our map and helping our foes.

But let’s be clear with them, they can change history, but they can never change Moroccan Geography. Let them understand that ‘Laayoune’, the capital of our Sahara, which means in Arabic ‘ the eyes ‘ is the eyes of the heart of all Moroccans. We must all be careful and understand that the moment calls for a national unity because “united we stand, divided we fall.”

In brief, as the situation gets out of control, the governors in the capital, the local authorities, civil society, political parties, parents‘ associations and educators must sit down on a round table and think and talk frankly about the real problems so as to agree upon a national strategy to face the situation before it is too late. The change must take place in our heads before it takes place on the ground. It is time we ended the ‘cut twice, think once‘attitude and change it to ‘think twice, cut once’. We must also realize that continuing to bury our heads in the sand will do us more harm than good.

Rachid Khouya is a teacher of English in Es Smara city, south of Morocco. He obtained a bachelor degree in English studies from Ibn Zohr University in Agadir. He published many articles and stories in different regional and national Moroccan newspapers. He is an active memeber of MATE( Moroccan Association of Teachers of English). He is interested in education,human rights and citizenship.