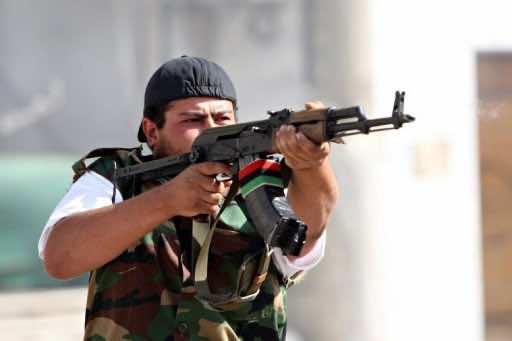 Libya’s transitional government said on Sunday that it will next month begin registering fighters who helped to topple Moamer Kadhafi, hoping to integrate them within the security services.

Planning Minister Issa al-Tuijer said the plan calls for all former rebels, many of whom are still organised in disparate militias, to register and make clear if they want to join the national security forces.

Thousands of civilians left their jobs or their studies to fight against Kadhafi when the popular uprising against his dictatorship morphed into a civil war.

Since the Kadhafi regime collapsed and the long-serving leader was killed in October, many of those armed civilian fighters are exercising informal control in parts of Libya.

Tuijer said “thwars” (revolutionaries) must begin registering in the first week of January and state whether they want to join the security forces, return to their studies, or take advantage of a state benefits program.

The registration exercise is to last one month and the former rebels will be divided based on their skill sets and levels of education, Defense Minister Osama al-Juili said.

Some who register could be sent for overseas training, he added.

The exercise will allow the transitional government “to renew the army… marginalized under the former regime,” installing a professional army in its place, the defence minister said.

Interior Minister Fawzi Abdelali made clear that “the programme is not a reward” for those who helped to topple Kadhafi.

“We have large gaps at the interior ministry and the needs cannot be filled without integrating the thwars” he added.

The ministers gave no estimate as how many fighters they expect to register, but Abedlali recently told AFP he expects some 25,000 former rebels to join the defence ministry and another 25,000 to join the interior ministry.