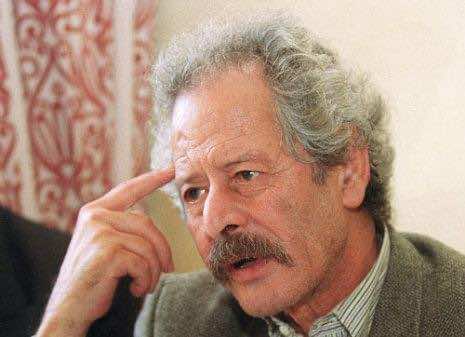 Almost two years ago, as I was heading to Zagora, the place where I used to work, I stopped to spend three days or so in a hotel in Agadir. I arrived there on an early, sweltering morning, checked in and slept for some time to have some rest. Whenever I visited a new city, I often took walks along the beach or most frequently sat at a café in the evenings. I would bring a novel with me for company. On the evening of that day, I went to the café next to the flea market in Inzegane, the town which is notorious for thieves, shoplifters, beggars, glue-sniffers, etc.

I very much enjoyed sitting there, for I observed how common people here lead their lives. I did so simply because I enjoy the company of the social class I belong to. Soon after ordering a cup of coffee, I buried my head in the English novel I was holding. Out of the corner of my eye, I could see some people going to and from, some going by fast and drawing carts, and others begging for money. So interested I was in the events of the novel that I did not or rather tried not to pay attention to them.

For me, I was never distracted from my reading by people talking noisily or screaming at each other during a row. Some people might find that the daily events I am recounting here date back to the 1970s. But in fact, there are still some places that really look like those of that time, particularly in some parts of this town. It is something inherent in me to choose such kinds of places.

Many beggars came to the café. Some of them were lucky if they found a generous man; others, not. Most of them were old-looking and haggard; others were parents of hapless, poverty-worn children. I gave a senile-looking beggar one dirham, but I could not bear being begged. For every other beggar that came to me, I gave them nothing as I had only a small amount of money to give to the waiter. I kept on reading, and whenever a beggar came, I just raised my fingers as a sign of having nothing to give. But I did not raise them when I heard a beggar speaking to me in English. I closed the book and before answering his request, I first wondered about what made him speak in English only to me. Only when I caught him staring at the title of my novel “Sons and Lovers” did I know why.

“Please, some money?” said the beggar in English.

“Ah, you speak English? But you look Moroccan,” I said in amazement.

“Yes, I do. I was a student at the faculty in Casa. My name is Hicham,” replied the beggar.

“By the way, are you originally from Inzegane?” I asked out of curiosity.

“No, I’m from Casablanca, but I had to come here just to run away from my cruel father and all my family, ” he replied.

“But why exactly?” I asked.

“Because I have just been set free. I was in jail for five years,” he answered in English.

Seeing him grow tired of my questions, I told him to sit with me over a cup of coffee. I observed from his face that he was very glad by my offer. I stopped asking him questions as I was afraid they would only mortify him. We conversed for a while, and from time to time, he waved his hands at the passers-by. The latter were other beggars, some of his friends.

At first, I did not pay attention to what Hicham was holding. It was a small, black suitcase. I kept looking at it while sipping my coffee. As he saw me doing so, he immediately laid it on the table and opened it for me. I did not want him to do that, of course. But he did so as to show me something inside it. He took out three old-looking, yellowish and tattered books from it. I was almost stunned to death to see such a site, a beggar holding a suitcase full of books. It was not because I looked down on him, but because this behavior had become a rarity in our everyday life.

Then, I examined each one at a time. The first one was entitled Love and Romance with a colorful binding. It did not interest me at all. The second one was Practical English Grammar, the old version. And the last one which drew my attention most was Oxford, the pocket English dictionary. I did not recognize the latter because it was covered with very old newspaper paper.

I was at a loss for words for some moments and remained silent. I then realized that he had kept these books for, I didn’t know, how many years. Actually, I was not interested to enquire about the period. Instead, I was inordinately curious to find out why he was keeping and taking them with him while begging. Meanwhile, he was groping for something in his pockets, and then I knew that he simply wanted to smoke. I let him sip his coffee and did not dare to ask him any more questions until he finished smoking.

“What are you keeping these books for?” I asked.

“To alleviate the hardship I am living in,” he replied.

“But through keeping these books that you can do that?” I asked in wonder.

“Of course not. I am reading them in order to understand life,” he replied intelligently.

Instantly, I discovered that he was a clever man, especially when, from time to time, he used some special English phrases to transmit his ideas more effectively. I decided to ask him trivial questions only to know more about his personal life.

“I don’t think you can understand life just through these old books,” I said.

After breathing a deep sigh, he continued:

“I am reading these books in order to write something in the near future,” he said crossly.

The moment he uttered the word “to write”, I could not help remembering the celebrity, Mohamed Choukri. The latter, too, in his lifetime wanted to write about misery, poverty and social injustice. But the question was whether this new aspiring pauper would make it or not. Anyone reading this article of mine may find this true story about this man weird and out of place. Believe it or not, then! Afterwards, I asked him whether or not he knew this author and the answer was yes.

“Mohamed Choukri is my real inspiration, ” he said.

“Wow, that is really great! Please do your best to be like him,” I added.

Sometimes, he talked to himself, and I could not make out what he was saying. Strangely enough, he did not enquire about my own life whatsoever, though I wished he had done so. Maybe the hard life he had been living made him this way. Anyway, I just let go of it. The only query he posed to me was how to improve his pronunciation. I, with interest, showed him how, and he repeated after me as I read some lines in his novel. I observed that he was growing more enthusiastic while I read for him.

Out of curiosity, I set to enquire about his future writing plans.

“What are you going to write about?” I asked.

“My life experiences!” he answered.

“Great, I hope to read your works as soon as possible,” I said for encouragement.

“Many thanks!” he said gratefully.

He was remarkably reticent and I believed that had it not been for his sheer poverty, he would not have talked to me about his aspirations, life experiences and secrets. I was much honored to have made Hicham’s acquaintance even though I was certain that I would no longer meet him.

The only thing I offered him was a cup of coffee. I had wanted to give him whatever I had just to help him make his dream come true one day. But I understood that the cup of coffee was sufficient for him. I saw his face turning more cheerful and lively as he was recounting his secrets. I was so glad he enjoyed my company. Suddenly, he evinced his willingness to leave by standing up. Frankly, I did not want him to leave. I hoped to learn more from him and to keep him for company for that evening.

“Khasni nmchi, it is high time I left,” he said in Arabic.

Finally, he left and walked upright. I was watching him, wishing that he would turn back; but he did not. I watched him as he disappeared into the distance. After a while, I returned to my novel, but could not carry on reading. An idea struck my mind that day.

“This is the beggar who reminded of Mohamed Choukri, one of my ideal authors,” I said to myself.

Omar Bihmidine is  high school teacher of English. He obtained his Associate Degree at Choaib Eddoukali University in 2008. His writings take the form of short stories, poems and articles, many of which have been published in Sous Pens magazine, in the ALC magazine in Agadir, and in the late Casablanca analyst newspaper .