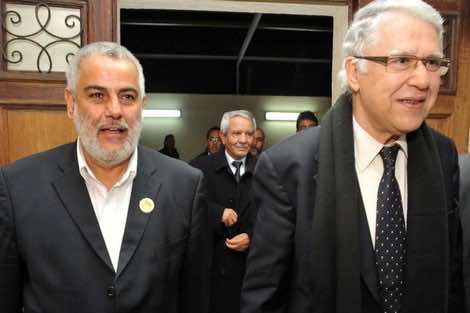 After four weeks of speculations over the names of Ministers who will be part of the new government and the numbers of portfolios, sources contacted by Morocco World News in Rabat confirmed that the PJD will be in charge of 10 portfolios, the Istiqlal party will be allocated 7 ministries, in addition one Secretariat of State, the Popular Movement will be entrusted with 4 portfolios and the Party of Progress and Socialism will be in charge of three ministries, in addition to one Minister delegate to the Minister of Foreign Affairs.

The list of the soon-to be-appointed Ministers is as follows:

The Party of Justice and Development

Abdelaziz Rebbah: Minister of General Affairs of the Government

Party of Progress and Socialism:

The final structure of the new government will be officially released after King Mohamed VI approves Benkirane’s proposed nominees.

It remains unclear whether the list of ministers submitted by Abdelilah Benkirane will be approved in its entirety by the monarch, as the latter, according to the constitution, has the power to veto the appointment of any nominees.

While most sources confirm that the new government is expected to be announced on Tuesday, it is not confirmed yet whether the Istiqlal party will settle for the portfolios allocated to it. Sources close to the party’s leadership told Morocco World News that the party is unsatisfied with the nature of ministries it will be entrusted with, adding that the leaders of the Istiqlal did not spare any effort in order to keep the portfolio of Transport and Equipment under the umbrella of their party.

As announced by Morocco World News on Sunday, the new government will include 27 ministers.