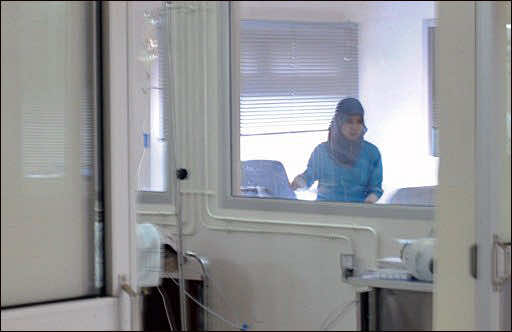 More than 8 million low-income Moroccans are set to benefit from an expansion to a medical aid program.

Morocco’s Medical Assistance Regime (RAMED) will be augmented by new funds before the end of the year, the National Health Insurance Agency (ANAM) said.

Outgoing Health Minister Yasmina Baddou said that the services would benefit 8.5 million people living below the poverty line or considered “at risk”. Some 100,000 prisoners, orphans and homeless people will also be among the beneficiaries.

In total, the programme will help more than a quarter of all Moroccans, according to the High Commission for Planning.

Applicants will need to fill out a form and hand it in to the local authorities who will assess their eligibility.

There are also plans for public-private partnerships, particularly in regions where state infrastructure is weak, or where there is acute demand in particular specialisations.

Three technical committees will be tasked with monitoring the preparatory work for the RAMED roll-out, based on experience gained during the pilot project. Since the pilot programme was first launched in 2008, nearly 65,000 entitlement cards have been issued to more than 52% of the eligible population, 88% of whom were living in extreme poverty, with 12% considered to be at risk.

According to the health ministry, the committees worked on changing the decree covering the health insurance scheme, the creation of a special guide dedicated to the system, and the launch of an awareness campaign. In addition, they identified needs relating to human resources, equipment and drugs. They also printed a million forms for claimants.

“The pilot project was welcomed by the first people to benefit, who no longer need to produce a certificate of poverty to receive treatment,” said sociologist Samira Kassimi.

“Getting hold of a certificate is not easy, and not all hospitals will accept it,” she added. “That complicates daily life for many underprivileged people. The RAMED roll-out will improve the lives of many Moroccans who have been deprived of their health rights.”

Many members of the public were eager for the introduction of the insurance scheme for the underprivileged. Housewife Halima Chedali told Magharebia that she rarely goes to the doctor for treatment because she lacks the financial resources.

“When I’m taken ill, I tend to use herbs to get me through the illness, and I just have to put up with it. I can’t wait to have my health insurance and feel that at last I’m a part of this nation,” she exclaimed.