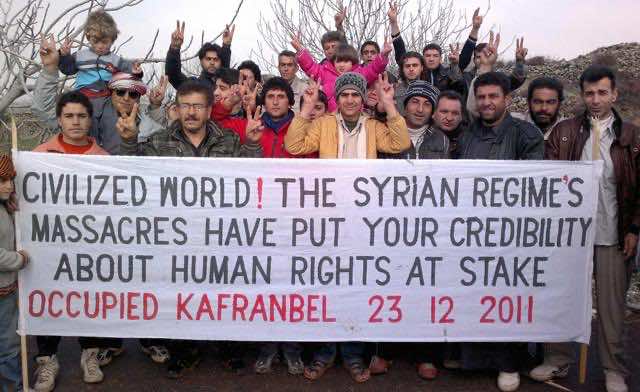 A hard-won Arab observer mission was headed to Syria’s third largest city Homs on Tuesday following reports that scores of people had been killed in 24 hours in and around the hub of anti-government protests.

The mission’s leader, veteran Sudanese military intelligence officer General Mohammed Ahmed Mustafa al-Dabi, told AFP that he was on the road to the city and that the Syrian authorities were so far affording every assistance.

“I am going to Homs. Till now, they have been very cooperative,” Dabi told AFP.

At least 61 people were killed in the city on Monday as tanks fired into districts where opposition has been strongest to President Bashar al-Assad’s rule, Al Arabiya reported citing activists.

Meanwhile, head of the Syrian National Council (SNC) Burhan Ghalioun said that the Syrian regime will not permit the Arab observers in Homs to tour the streets or to visit Bab Amro neighborhood, Al Arabiya reported on Tuesday.

“The regime is holding the observers in their hotel as hostages and does not provide them with their security requirements or means of transportation,” Ghalion said.

Ghalion called on the U.N. Security Council to “adopt” an implementation of the Arab initiative because the Arab League does not have the effective means to implement the plan.

The opposition leader expressed hope that the Arab initiative would succeed in order to spare Syria any possibility of a civil war. However, he underlined the importance of creating humanitarian corridors to save the Syrian people.

Assad’s opponents fear that the monitors – who arrived in the country on Monday after weeks of negotiations with Arab states – will be used as a cloak of respectability for a government that will hide the extent of violence.

On his part, Bassam Gaara, spokesman of the Europe-based Syrian General revolution Authority, said that the Authority refuse the mission of the Arab observers, Al Arabiya reported. He called on the Arab League to refer the whole crisis to the Security Council. He said that the Syrian people are exposed to a real “genocide.”

Assad, heir to a 41-year-old dynasty, says he is facing an attack by Islamist terrorists directed from abroad.

The launch of the monitoring mission marks the first international intervention on the ground in Syria since the revolt broke out nine months ago, when the government cracked down on protests inspired by uprisings across the Arab world.

The first 50 of an eventual 150 monitors arrived on Monday. They will be split into five teams of 10, one of which is due to visit Homs on Tuesday, according to Reuters.

The mission is part of an Arab plan endorsed by Syria on Nov. 2 that calls for the withdrawal of security forces from towns and residential districts, a halt to violence against civilians and the release of detainees.

Since signing the deal, Assad’s regime has been accused of intensifying its crackdown, which has shown no signs of abating since it erupted in March and which the U.N. says has killed more than 5,000 people, AFP reported.

The private Dunya television channel, which is close to Assad’s regime, said: “A delegation of 50 observers arrived on Monday evening in Damascus,” adding that 10 team members were Egyptian.

The teams will use government transport, according to Dabi. Delegates insist the mission will nevertheless maintain the “element of surprise” and be able to go wherever it chooses with no notice.

“Our Syrian brothers are cooperating very well and without any restrictions so far,” Dabi, who had arrived in the Syrian capital on Sunday, told Reuters on Monday.

But he added that Syrian forces would be providing transportation for the observers — a move likely to fuel charges by the anti-Assad opposition that the monitoring mission will be blinded from the outset.

Arab delegates said they would maintain the upper hand.

“The element of surprise will be present,” said monitor Mohammed Salem al-Kaaby from the United Arab Emirates.

“We will inform the Syrian side the areas we will visit on the same day so that there will be no room to direct monitors or change realities on the ground by either side.”

Amateur video posted by activists on the Internet showed tanks in action in the streets next to apartment blocks in the Bab Amro district of Homs on Monday. One fired its main gun and another appeared to launch mortar rounds, reuters said.

Mangled bodies lay in pools of blood on a narrow street, the video showed. Power lines had collapsed and cars were burnt and blasted, as if shelled by tank or mortar rounds.

“What’s happening is a slaughter,” said Fadi, a resident living nearby.

Destruction inflicted by heavy weapons was evident.
“The situation is frightening and the shelling is the most intense of the past three days,” The Britain-based Syrian Observatory for Human Rights said in a statement received by AFP in Nicosia.

The Syrian government has banned most access by independent media, making it difficult to verify accounts of events.

On Sunday, the SNC said Homs was besieged and facing an “invasion” from some 4,000 troops deployed near what has become a focal point of the uprising against Assad.

Syrian foreign ministry spokesman Jihad Makdisi said the observer “mission has freedom of movement in line with the protocol” Syria signed with the Arab League.

Under that deal, the observers are banned from sensitive military sites.

The Observatory charged that the authorities had changed road signs in Idlib province to confuse the observers, and urged them to contact rights activists on the ground.

Opposition groups have said the observers must stop their work if they are blocked by the authorities from travelling to places like Homs.

Syrian Foreign Minister Walid Muallem has said he expects the observers to vindicate his government’s contention that “armed terrorists” are behind the violence.

Opposition leaders charge that Syria agreed to the mission after weeks of prevarication in a “ploy” to head off a threat by the 22-member League to go to the U.N. Security Council over the crackdown.

An armed insurgency is eclipsing civilian protest in Syria. Many fear a slide to sectarian war between the Sunni Muslim majority, the driving force of the protest movement, and minorities that have mostly stayed loyal to the government, particularly the Alawite sect to which Assad belongs.

Analysts say the Arab League is anxious to avoid civil war. The West has shown no desire to intervene militarily and the United Nations Security Council is split.

Assad’s opponents appear divided on aims and tactics. The government still retains strong support in much of the country, which lies at a crucial nexus of Middle East political and strategic forces.