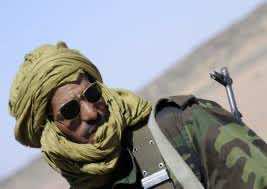 Recent developments on the ground reveal that there will be a before-and-after October 2011 in the relations between Mali and the Polisario Front. The Malian government is increasingly annoyed by the intrusions of the Polisario in its territory and the involvement of its militia in the kidnapping of several Europeans over the past two months.

In addition, Bamako accuses the separatist movement of using Mali’s soil for drug trafficking and kidnapping and suspects it of collusion with Al Qaeda in Islamic Maghreb.

A document of Mali’s secret services entitled “Al Qaeda in Polisario camps (Al Qaeda dans les camps du Polisario), carried by AFP, points out that two Saharawis are involved in the kidnapping of two French people in Hambori, north-eastern Mali, last November, and the government of Mali has the proof that substantiates the implication of elements of the Polisario in drug-trafficking in the sub-region.

As a result, Mali, which no longer recognizes the fictitious RASD, is flushed with anger at the Polisario and intends to remain at equidistance between the latter and Morocco.

According to the same document, elements from the polisario were directly involved in the kidnapping of three European aid workers in the Rabouni camps in Tindouf.

Last Saturday, Malian authorities turned back eight Polisario’s elements while they were trying to enter Mali, as they intended to carry out “dubious propaganda.”

“We turned back at the northern border with Niger eight young people” (of the Polisario). “There are laws to respect especially when it comes to carrying out a dubious propaganda,” a security source was quoted by AFP as saying.

Bamako will “no longer accept the violation of its territorial integrity by the Polisario Front,” a Malian official was quoted by Maghreb Arab Press (MAP) as saying

In mid-December, Bamako had accused elements of the Polisario of illegally penetrating its territory in order to kill a man and abduct several others suspected of participating in the abduction of three Europeans last October.