Morocco World News
Home Top News Iran: no oil will be allowed to pass through Strait if West... 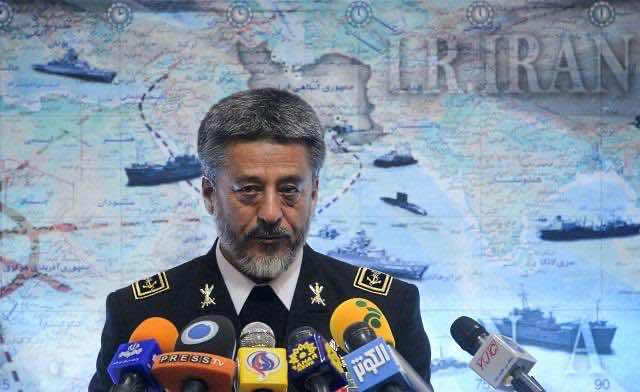 No oil will be permitted to pass through the key oil transit Strait of Hormuz if the West applies sanctions on Iran’s oil exports, Iranian Vice President Ali Rahimi warned on Tuesday.

The threat was reported by the state news agency IRNA as Iran conducted navy war games near the Strait of Hormuz, at the entrance of the oil-rich Gulf.

“If sanctions are adopted against Iranian oil, not a drop of oil will pass through the Strait of Hormuz,” Rahimi was quoted as saying.

“We have no desire for hostilities or violence … but the West doesn’t want to go back on its plan” to impose sanctions, he said.

“The enemies will only drop their plots when we put them back in their place,” he said.

The threat underlined Iran’s readiness to target the narrow stretch of water along its Gulf coast if it is attacked or economically strangled by Western sanctions.

However, Gulf OPEC delegates told Reuters that Iran would harm itself if it disrupts the flow of oil from the Strait of Hormuz,.

“If they do shut down Hormuz this would harm Iran’s exports not only the Gulf producers,” said a Gulf OPEC delegate.

Another delegate added that Iran would be “shooting itself in the foot” if it does go ahead with the threat.

“For now any move in the oil price is short term, as I don’t see Iran actually going ahead with the threat,” the second OPEC delegate added.

More than a third of the world’s tanker-borne oil passes through the Strait of Hormuz.

The United States maintains a navy presence in the Arabian Gulf in large part to ensure that passage remains free.

Iran is currently carrying out navy exercises in international waters to the east of the Strait of Hormuz.

Ships and aircraft dropped mines in the sea Tuesday as part of the drill, according to a navy spokesman.

Although Iranian wargames occur periodically, the timing of these is seen as a show of strength as the United States and Europe prepare to impose further sanctions on Iran’s oil and financial sectors.

The last round of sanctions, announced in November, triggered a pro-regime protest in front of the British embassy in Tehran during which Basij militia members overran the mission, ransacking it.

London closed the embassy as a result and ordered Iran’s mission in Britain shut as well.