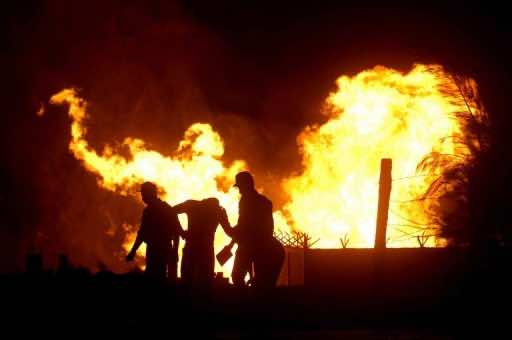 Egyptian security officials have arrested a man in connection with attacks on a pipeline feeding gas to Israel and Jordan, the official MENA news agency reported on Tuesday.

The 20-year-old man “is among the perpetrators of an attack on a police station in the north Sinai town of El-Arish in July, and an explosion at the natural gas pipeline,” MENA said.

The pipeline, which carries gas through the Sinai and on to Israel and Jordan has been attacked 10 times this year.

Authorities have repeatedly pledged to re-enforce security measures to protect the installations. There has been no claim of responsibility for the attacks.

The deliveries to Israel, which were agreed under ousted president Hosni Mubarak, have come under heavy criticism in Egypt amid accusations the gas is being undersold.

Security is a particularly sensitive issue in the Sinai as a result of tensions with the peninsula’s Bedouin community.