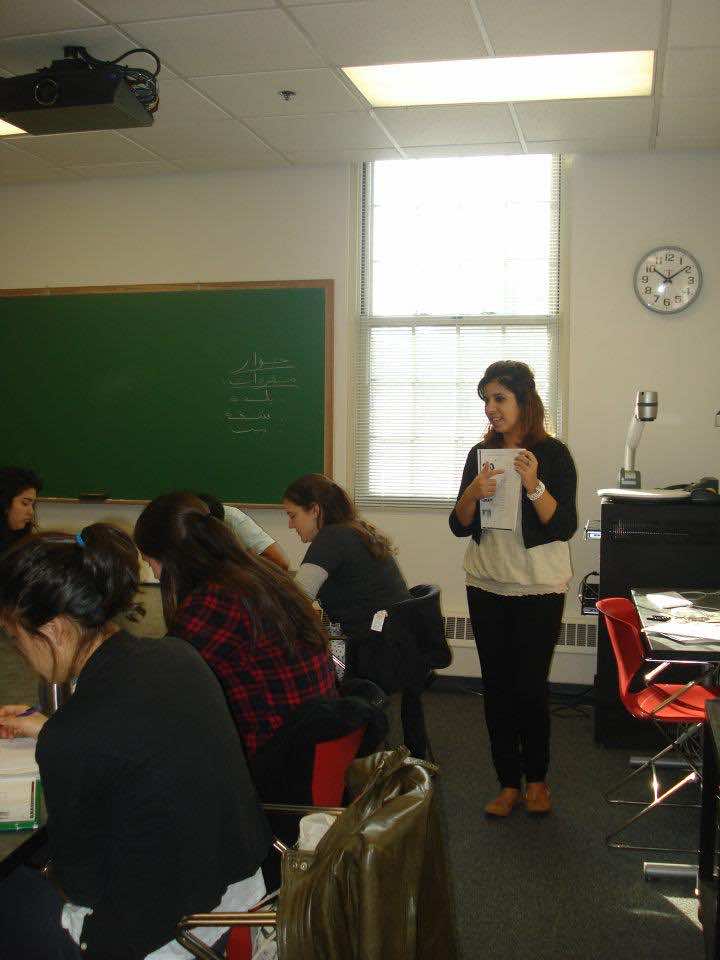 Nowadays, the key concept in teaching modern classes relies on the new teaching strategies that can make students active participants in the learning process and more creative inside classrooms. To make it clear, there have been many researches and writings about the methods of education that can improve teaching as well as learning styles; and also about the privilege or what can be referred to as “the culture of power”, which is embodied in the position of students inside the classroom and on the teaching strategies used in different schools.

According to John Dewey, the American theorist and philosopher of education, there are two opposing types of education: the old traditional education which relies on text books and teachers as connectors between the information in the material (textbook) and the student; and the new progressive education, which emphasizes the idea that the student should learn from his/her daily experiences making a connection between those actual experiences and education. Other thinkers such as  Patrick Finn and  Patricia Hinchey focused their analysis on the linkage between power and education and  teaching practices that distinguish between the upper class students and the working class ones.

No one can deny that there is a bias in schools where every category of people is taught according to their position in society; they receive“education which is appropriate to their station”[1]. For example, executive elite and affluent professional schools have a lot of freedom of activity and creativity when learning, while working and middle class schools are considered as under privileged schools where there is much control, less space to harness the potential and creativity of students.

The case of Morocco is an example. A large divide still exist  between under-funded public schools where most of working and middle class students study, and privileged private ones. As a teacher working in both schools, I can easily spot the differences and prejudice made in both of them. In public schools, the curriculum is broad and lacks a results-oriented framework of teaching.

Being a teacher in a small town where poverty is prevalent and academic facilities are almost non-existent, I noticed how teachers were interacting with students. I often hear teachers underestimating the intellectual potential of their students because of their socio-economic status, as most of them were children of poor farmers. While having such ideas in mind, teachers tend to belittle students through various acts. Students kept complaining of being mistreated by teachers; while some students always proclaimed that they were hurt, receiving bad words and treatment from teachers, others always said that they were humiliated, bullied and demoralized by their instructors. Unfortunately, this is the case  of many Moroccan students living in rural areas, , suffering from economic hardship, and distressed by their school teachers.

On the other hand, students from affluent environments reap the benefits of the advanced private school education system, with all its perks-including the special treatment from teachers.In the private school where I have a part time job in, students have a specific way of conduct.  Teachers there are beware of the importance of maintaining a good relationship with students and their parents. They usually tend to sugar-coat their students with compliments, either about their studies, clothes or even about their parents who usually hold high-positions in the community. Some of the remarks that I used to hear are: “I like your dress, you look very nice”, and/or “your father is a very respectful man, please send him my best wishes”, and/or “I know you are an intelligent student; you will certainly get a good grade”. Such behavior with students can surely build the self-esteem of students and reaffirm the existing gap in education, based on public vs. private education.

Another factor that I was aware of is the educational program that is used in both schools. While the educational curriculum is imposed on teachers of public schools, supervisors help private schools responsibles and parents board to opt for the syllabus, which meets students’ needs and the prerequisites of their daily life as well as the job market. Further more, private schools have control over their classes’ number limit and they can obviously keep class size down, while it is impossible in public schools because of the lack of academic buildings, teachers, and funding.

From  my experience, I found that private schools rely on using a progressive method of teaching which emphasizes learning through experiencing and students’ having role in what they learn and come across every day. It is student-centered where the students play an important role in the learning process. That is, I found out that private school students are always a part of planning and motivation; solving problems, leading discussions, as teachers always try to make them actively participate in constructing ideas. According to the researches and the work that is given to students, teachers tend to give them free activity, which gives them more chance to act and react on things rather than being spoon-fed. As suggested by Dewey, following this approach helps in “emphasizing the freedom of the learner and making him feel the relationship between his actual experience and education”[2].

Unlike what teachers rely on in the private school I am working with, the teachers in the public school always felt bored repeating things everyday with every classroom, and also tired lecturing a lot inside the class. From their daily complaint, anyone could touch a kind of syllabus boredom and a sense of relying on a method which requires teachers to talk a lot inside their classrooms. I believe that those public school teachers based their teaching approach on the traditional one, which requires a teacher-based method where the teacher should lecture and explain all the time.

As the examples mentioned above, teachers tend to belittle students and by using this method, they absolutely forget about the capacities of students and their main role inside the classroom which is production and activeness. In other words, the pupils’ status in this kind of classes and within traditional education remains always receptive and obedient; while the text book is the main material that the teacher relies on to convey information. Hence, we can all agree with Dewey when he said that it is believed that “learning is what exists in books and in the heads of the elders”[3].

From all what have been said above, I can only conclude that there is still a significant bias, which distinguishes upper and lower/working class people. I believe that curricula developers, administrators, and teachers, educators should abide by moral and ethical values as of right and wrong, in order to act fairly with students regardless of their status. Moreover, they should rethink their teaching approach to emphasize the well-being of the students and empower them with positive knowledge in order to Learn the necessary skills to embark on a successful path.

Fadoua Rhazoui is a Moroccan citizen from Kenitra. She is a holder of a Bachelor’s degree in English Language and Literature as well as a teaching diploma from the Regional Pedagogical Center in Tangiers. Besides working in a high school, she worked with the Moroccan Association for kindergarten and primary education as a trainer in Rabat. She is FLTA (Foreign Language Teaching Assistantship) Fulbright scholarship grantee, working in Colby College in Maine where she teaches Arabic.

[1] Finn, Patrick, Literacy with an attitude.