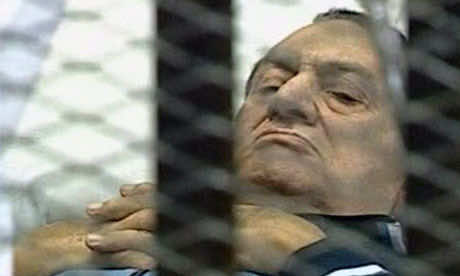 The murder trial of Egyptian ex-president Hosni Mubarak resumes Wednesday after a three-month hiatus that saw the ousted strongman’s fate eclipsed by deadly clashes and an Islamist election victory.

An ailing Mubarak, 83, risks the death sentence if he is found to have been complicit in the killings of some 850 people who died during protests that overthrew him in February.

Mubarak, who is in custody in a Cairo military hospital, also faces charges of corruption, together with his two sons Alaa and Gamal.

Ex-interior minister Habib al-Adly and six security chiefs are also on trial for their role in quelling the protests.

The trial came to a halt when lawyers asked that presiding judge Ahmed Refaat be replaced, a request that was subsequently rejected on December 7.

More than 5,000 policemen will be deployed to secure the proceedings, the interior ministry said.

Mubarak’s first hearing on August 3 was broadcast live on television, but Refaat soon ordered the cameras out.

The judge drew the ire of lawyers representing Mubarak’s alleged victims after he issued a media gag order on testimony by high-profile witnesses, including the country’s military ruler Field Marshal Hussein Tantawi.

In statements after his testimony, Tantawi said Mubarak had never ordered the shooting of protesters.

Mubarak is the first leader to be toppled in the so-called Arab Spring uprisings to appear before a court.

Despite the media frenzy at the start of the case, his fate has since been overshadowed by deadly clashes between the army and people protesting against the military junta that took over when the long-time president resigned.

Attention was also diverted to the first post-revolution legislative elections which begun on November 28, in which Islamists have emerged as front-runners.

It is widely expected that the resumption of the trial will be merely procedural, with little discussion of the accusations against Mubarak. But lawyers supporting the former president are hoping to clear his name.

Mubarak resigned on February 11 after three-decades of autocratic rule following a popular uprising in which more than 6,000 were also injured.

He is being held in a military hospital, where he receives treatment for a heart condition. His lawyer Farid al-Deeb says Mubarak suffers from stomach cancer.