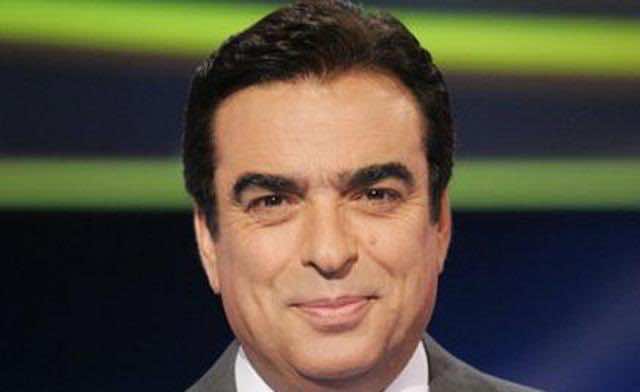 A prominent Lebanese television personality has accused Al Arabiya News Channel of conspiring against Syria with Israel and declared his support for the Syrian regime and his disapproval of the protests demanding the ouster of Bashar al-Assad.

George Kurdahi, best known as host of the game show “Who Will Win the Million?,” the Arab version of “Who Wants to Be a Millionaire?,” said several satellite channels are plotting against Syria and that Al Arabiya is leading the way.

“Those channels are collaborating with Israel against Syria and I made a statement before on a pro-Syrian regime channel that Syria will emerge victorious from this crisis and will be saved from those conspiracies,” he told the Kuwaiti newspaper al-Rai, speaking from Damascus. “The Syrian regime will emerge from this impasse much stronger.”

Kurdahi added that he objects to any kind of bloodshed and that he had earlier called upon the Syrian regime to allow peaceful protests and to protect human rights.
“I also pointed out the importance of rotation of power.”

When asked about his reasons for supporting the Syrian regime, Kurdahi replied that when the revolution began he was contacted by Syrian state television and was asked to comment on the protests.

“I said that I am worried about Syria because it is subjected to a conspiracy that aims at threatening its stability. I also said that the fall of Syria will be a disaster to the country itself as well as to the entire Levant and the Gulf region.”

However, he pointed out that he has never called for the Syrian regime to remain in power.

“I only called upon the opposition that demands the ouster of Assad’s regime to come up with an alternative if they can.”

Kurdahi said he believes that the Syrian revolution is an external conspiracy and admitted to criticizing the revolutionaries.

“I said that in a lecture I gave in Damascus in July and I called for giving Bashar al-Assad a chance, but I was severely criticized for that.”

Kurdahi added that in the same lecture he stressed that the reform program led by Assad is bound to take Syria to the future rather than to “an unknown destiny” like the protests are doing.

“I know that democracy means saying what you think frankly, and frankly I believe that the Arab Spring was not a spontaneous action, but rather one that spread chaos all over the region and totally paralyzed it.”

Kurdahi said that Lebanon and Syria have very close ties and that any unrest in the latter will impact the former.

“As a Lebanese citizen, I am worried about the situation in Syria. If a civil war erupts in Syria, Lebanon is sure to pay the price, and so is Palestine.”

The only way out of this crisis, Kurdahi argued, is if the Syrian people stop the protests and try to become part of the political process.

“President Bashar al-Assad expressed his willingness to implement reforms and passed the political parties law. I tell all revolutionaries that change has to come from within and that if it comes from without the country will be dragged into a tragedy.”

Kurdahi accused his critics of calling for democracy while not practicing it.

“How come they advocate democracy, then attack me and put me on black lists for speaking my mind?”

As for the Egyptian revolution, Kurdahi expressed his disappointment at the way former president Hosni Mubarak was treated after his ouster.

“Seeing Mubarak on his sickbed behind bars is a violation of national dignity. The desire for revenge on the part of the families of the injured and martyrs is normal, but the revolution should stand for the principles of forgiveness and mercy.”

Kurdahi contended that Mubarak could have simply done like former Tunisian president Zein al-Abedin bin Ali and fled to Saudi Arabia on his private jet.

“But he chose to stay and said that he wanted to die in his homeland. Also, don’t forget that Mubarak was very popular throughout the first 20 years of his rule.”

According to Kurdahi, the entire Arab region has been the victim of a Western conspiracy that started with the Balfour Declaration in 1917.

“If the role Egypt plays in the Arab world diminishes, this will have an even more negative effect on the whole region,” he concluded.