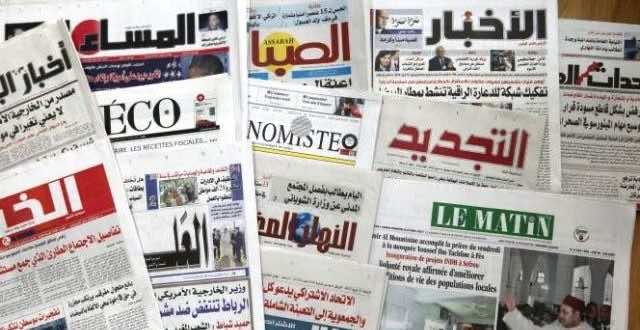 Moroccan dailies mostly covered in their Wednesday edition the ongoing government formation process, Mali’s rage regarding polisario’s terrorism and drug trafficking activities in its territories and the report of the Moroccan Organization for Human Rights (OMDH) on the November 25 elections.

“Benkirane’s government at deadlock,” writes Al Massae, noting that the prospect of seeing the Justice and Development Party switch to opposition is still possible, as comrades from the Progress and Socialism Party challenge before justice the PPS’ central committee’s decision to join the incoming government saying that the party’s alliance should be limited to the democratic Koutla, leftist parties and modernist democratic parties.

Assabah says that the modifications made by the Advisors to HM the King to the structure of the upcoming government scattered the cards of PJD Secretary General Abdelilah Benkirane. The changes concerned the non-partition of the interior ministry and the cancelation of two portfolios.

Alkhabar reports about a row over the Ministry of Equipment and Transport between the PJD and the Independence Party (PI) which continues to stick to this portfolio. Aujourd’hui le Maroc notes that this disagreement is an indication of the lack of homogeneity among coalition parties.

Akhbar Al yaoum Al Maghribia, for its part, sheds light on the Party of Authenticity and Modernity (PAM), which is in the opposition. PAM’s leader Mohamed Cheikh Biadillah criticized Benkirane, saying that he has transformed the formation of the new government into a “circus”.

The paper also points that the PAM will ponder during its upcoming congress on its political identity and assess their participation in the alliance for democracy, which was established before the elections by 8 parties.

Concerning the situation of the Sahara and the Sahel, Attajdid echoes what has been reported by the international press about polisario’s involvement in terrorism and durg trafficking activities. In this respect, the daily quoted a member of the Royal Advisory Council for Saharan Affairs (CORCAS) saying that Mali is very concerned regarding the proliferation of polisario’s terrorism activities in its territories. “Polisario is in a difficult situation along with all those who support it and host it,” he added.

The recent report of the Moroccan Organisation for Human Rights (OMDH) on the observation of the legislative elections of November 25 was also among the most covered issues in today’s papers. In this regard, l’Economiste writes that the report shows that irregularities did not affect the essence of the electoral process.