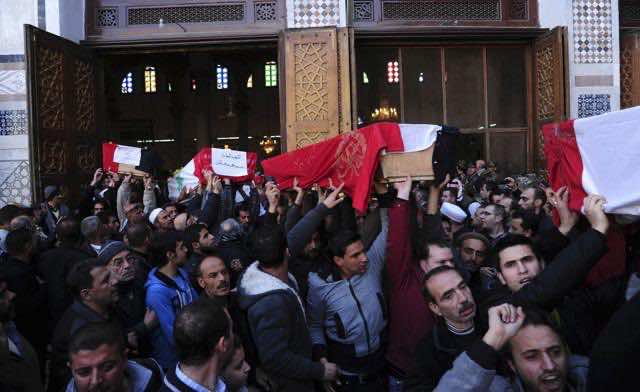 The opposition group the Syrian National Council said it would hold a meeting to evaluate the performance of the Arab monitors, sources that wished to remain anonymous told Al Arabiya.net.

The decision to hold a meeting by Syria’s top opposition leader, Burhan Ghalioun, came after the head of the Arab League monitoring mission said on Wednesday that some parts of the flashpoint city of Homs were in poor condition but that delegates saw nothing frightening and that “things were calm and there were no clashes.”

One opposition official who accused the Arab League with siding with the Syrian regime said that the League did not consult with the opposition on the criteria on which the observers were chosen, and that they learned about the League’s choices only later through the media.

Sudanese Lt. Gen. Mohamed al-Dabi, the head of the observer mission, has held high-ranking military and government posts, including in the Darfur region, where the prosecutor of the International Criminal Court (ICC) said the army carried out war crimes and the United Nations says 300,000 people may have died.

In the same time, an additional 16 observers are set to arrive on Thursday to visit other protest hubs in Syria including Deraa, Hama, and Idlib. The new observers will join the existing 66 people that make up the monitoring team.

“As of Wednesday evening, and from Thursday at dawn, the observers will deploy in Idlib and Hama and in Daraa,” mission chief General Mohammed Ahmed Mustafa al-Dabi told AFP.

The observers arrived in Syria at the weekend and on Tuesday visited Homs, which has been besieged by government forces for several months.

Fadi al-Qadi from Human Rights Watch, who accused the league of its shortcomings over not explaining the method of how it chose the observers, said that the league has lost the confidence of the Syrian people.

An amateur Youtube video that first appeared on Wednesday showed one of the monitors arguing with people in Homs’ Baba Amro quarter. In an attempt to defend his team, the monitor said, “we do not expect that we can solve the situation in a day, but after a month, three months or even six months.”

More bloodshed was reported as army defectors killed at least four soldiers in the southern province of Deraa, two civilians were shot dead in Baba Amro, another in Hama and one during protests in Aleppo province, the Syrian Observatory for Human Rights said on Wednesday.

Also reported were arrests and gunshot wounds in Idlib province and more shooting injuries, with three suspected fatalities, in a village near Damascus.

Accusations that the regime was trying to hide the facts from the monitors were punctuated by France, which charged the team was not being allowed to see what was happening in Homs.

Those concerns were highlighted when Baba Amro residents refused to allow observers in because they were accompanied by an army officer, the Observatory said. The standoff ended when the officer withdrew.

The residents asked the monitors to “come and see the wounded people and the parents of the martyrs, and not members of the (ruling) Baath party,” Observatory chief Rami Abdel Rahman said.

The monitors also visited Homs’ Bab Sebaa quarter, where the Observatory said the regime had organized a parade in support of President Bashar al-Assad.

French foreign ministry spokesman Bernard Valero said Tuesday’s visit had been too brief and insufficiently revealing. And Washington insisted that the monitors have unfettered access to members of the opposition.

“We constantly work with the Syrian leadership calling on it to fully cooperate with observers from the Arab League and to create work conditions that are as comfortable and free as possible,” he said.

Syrian foreign ministry spokesman Jihad Makdisi has said the “mission has freedom of movement in line with the protocol” Syria signed with the Arab League.