By AL ARABIYA WITH AFP 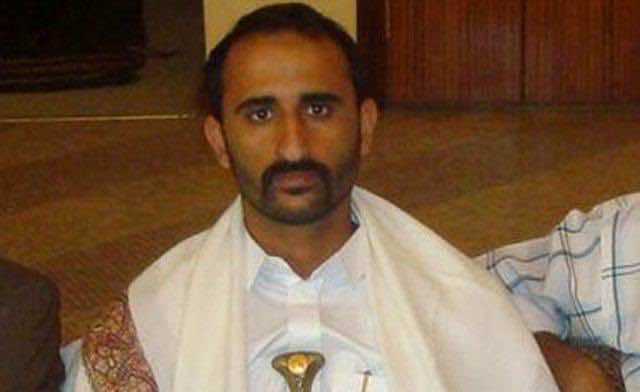 By AL ARABIYA WITH AFP

U.S. officials suspect that Yemen fed them false intelligence for a 2010 strike against al-Qaeda suspects that killed a local leader locked in a dispute with the president’s family, the Wall Street Journal reported Thursday.

The disclosure of such an incident would complicate relations between the two allies at a time when Yemeni President Ali Abdullah Saleh is seeking to visit the United States amid months of popular protests demanding his ouster.

The May 25, 2010 US missile strike, launched on intelligence supplied by the Yemeni government, killed Jabir Shabwani, 31, deputy governor of the central Mareb province, whose long-standing relations with Saleh’s family had soured.

“We think we got played,” the Journal quoted an official as saying, adding that other officials do not believe there was a Yemeni plan to kill Shabwani.

Saleh has been a key ally in the covert U.S. war on Qaeda in the Arabian Peninsula (AQAP), a group increasingly seen as a threat to the United States comparable to the global network’s core leadership in Afghanistan and Pakistan.

Saleh has also faced months of massive protests demanding the end of his 33-year reign accompanied by growing unrest that further threatens stability in the impoverished and largely tribal country.

Earlier this month Saleh requested permission to visit the United States, setting up a dilemma for U.S. President Barack Obama, who has relied on the Yemeni leader as an anti-Qaeda ally but has also voiced support for the pro-democracy revolts sweeping the Arab world.

The Journal said some U.S. officials doubt the military was intentionally misled in the 2010 strike but said it raised troubling questions about the reliance on Yemeni security forces for intelligence.

The Journal quoted Yemeni officials as denying that they had any knowledge that Shabwani was at the site of the air strike.

Meanwhile, Yemen’s army killed six suspected Qaeda militants in a Katyusha rocket attack on their hideout in the restive southern city of Zinjibar, an official said on Thursday.

“The army carried out heavy shelling using Katyusha rockets on a house in Zinjibar’s east where Qaeda militants were gathered to plot attacks on army units… killing six,” said the official in the adjacent town of Jaar.

Among the dead were a Saudi and an Algerian, said the official, adding the house in which they were hiding was completely demolished in the attack that took place late on Wednesday.

An army official meanwhile said that five soldiers were also wounded Wednesday in clashes in Zinjibar and were taken to a military hospital in the main southern city of Aden.

Nearly 270 Yemeni soldiers have been killed in the battles that began in May with militants from the Partisans of Sharia, the Qaeda-linked insurgent group that took over most of Zinjibar, according to an army toll.

At least 400 extremists were also killed during the same battles, according to local officials in the region.

The terror network has been able to turn 11 months of political turmoil in Yemen to its advantage, using the popular revolt against Saleh to bolster its presence in southern and eastern Yemen.

Militants linked to Qaeda control several regions and towns including Zinjibar, where they clash regularly with government forces and tribal auxiliaries.

Government forces are also sometimes supported byU.S. drone strikes in their battle against the Partisans of Sharia.