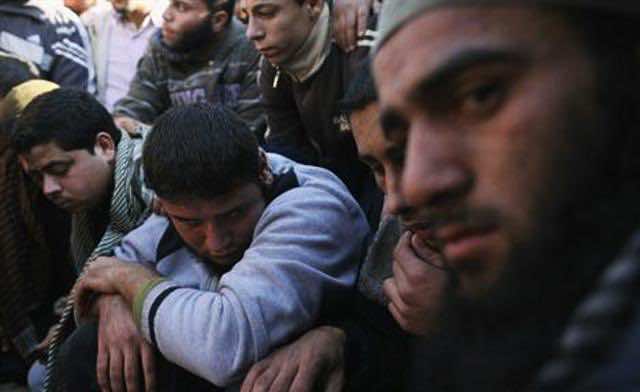 “A rocket fired from Gaza exploded in an open field in the Eshkol region,” a military spokesman told AFP.

Israeli warplanes had earlier targeted “terror sites” in central and northern Gaza in retaliation for Palestinian rocket fire at the Jewish state the day before.

“Israeli air force aircraft targeted a terror activity site in the central Gaza Strip, and a terror tunnel in the northern Gaza Strip,” said a statement from the military.

“Direct hits were confirmed. The targeting of these sites was in response to the firing of rockets at Israel on Wednesday,” the statement read.

According to a military spokesman, Palestinian fighters fired five rockets at southern Israel throughout Wednesday, all of which hit open fields and caused no casualties or damage.

The Palestinian attacks came after two Israeli air raids on the Gaza Strip killed a Palestinian and wounded about 20 others on Tuesday.

The Israeli army said the latest strikes were against “global jihad” targets in the Palestinian territory, who were planning cross-border attacks from neighboring Egypt.

On Wednesday evening, a senior officer said Israel was preparing for a possible large-scale military campaign in Gaza, if the Palestinians did not prevent attacks against Israel from the Strip.

“We are preparing and ready for an additional campaign… to renew the deterrence, if we are required to restore the quiet to the communities” of southern Israel, Haaretz quoted commander of the Gaza Division’s Southern Brigade colonel Tal Hermoni as saying in a briefing.