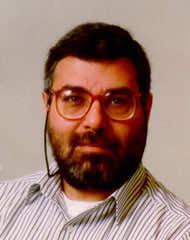 You can learn a lot in a year, but some things need much more time than that to become clear. This is the situation today as the year 2011 draws to a close and the Arab world looks back on what I believe has been the single most significant 12 months in the history of the modern Arab political order since its birth after World War I.

Events continue to move so quickly, and at very different paces, across the region. That is why it is so difficult to generalize about what has been achieved or where we are heading. Our region has experienced, and is still experiencing, great drama and myriad historic changes, but without any certainty or predictable outcomes, beyond the fact that a once immobile political culture has been shattered and replaced by a vortex of constant change.

The signs of this uncertainty and change are perplexing for those who like to predict outcomes, but exhilarating for others, like myself, who expect that a better day beckons for the Arabs as they start their delayed process of experiencing and shaping their own modern history.

The perplexity is natural when one day’s sense of imminent democratic transformation suddenly changes the following day into a relapse into military-dominated rule. The specter of secular politics fights for space in the public arena with powerful Islamist movements. The promise of national identity and unity is perpetually challenged by the powerful pull of narrower sectarian and ethnic identities. Young men and women activists lead the street demonstrations that topple dictators, but secure no meaningful role in the elected parliaments that follow.

Many other such dichotomies define much of what is going on throughout the region. Some would see this as cause for serious pessimism about the Arab world’s ability to change. I suggest instead that we should celebrate this erratic dynamism, because it means that hundreds of millions of once passive Arabs have discarded their docility and re-entered the realm of normal national life.

As citizens express themselves in public and engage in political contestation, they shape their national values and policies. They rediscover both their value as human beings and their sense of hope for a better future that they can help shape. Looking back at the past year and noting where we are today, I suggest three generalizations about what has happened in 2011 and where we are heading.

The first is that history is resuming, in a region where history-as-the-handiwork-of-citizenship was essentially frozen from the mid-1940s until Dec. 18, 2011 in rural Tunisia.

We do not know how things will evolve or where political systems will settle, but we do know that whatever happens will be the result of new dynamics in which millions of citizens engage each other to shape the new political order. That new order might look disappointingly like the old order in some countries, but even so this will have been the consequence of a contested public sphere, and once contested it will remain accessible for future political engagement and change. We are unlikely henceforth to experience presidents-for-life and frozen national development in Arab countries.

This captures the second observation we can safely make about the events of the past year: We have seen a birth of politics-by-citizens across much of the Arab world. Men and women from all quarters of society now speak their mind in public, fearlessly challenge authority or opposing groups, and engage in multiple arenas to capture their share of political power. This is happening on the street (peacefully or violently), in mass media, through social media, in elections, throughout neighborhoods, and in backroom deals.

What we recently witnessed in Tunisia, for instance, is the best-case scenario: A transitional government held credible elections that elected a transitional Parliament and spawned a coalition government and an elected president. This process will define a new permanent Constitution.

Other countries will not enjoy such smooth transitions.

The third historic development that this year sparked across the Arab world is the initiation of the last anti-colonial battles. Many of the weaknesses of the modern Arab state system can be traced back to distortions emanating from the European powers’ combination of creating Arab countries where none had existed before, and handing them over to hand-picked family leaderships that did not always enjoy local credibility or legitimacy.

The ongoing citizen revolts promise in many cases to redress the consequences of this legacy, by instituting a brand of citizen-based sovereignty that offers a better model of sustainable statehood than Euro-crafted instant countries.

States that reflect the will of their people rather than the strategic wishes of London, Paris, Washington, Moscow or, more recently Tel Aviv, are more likely to achieve the aims of stability, security and prosperous wellbeing that are the core missions of a sovereign state.

(Rami G. Khouri is a Palestinian-Jordanian journalist. This article first appeared in the print edition of The Jordan Times on Dec. 28, 2011)