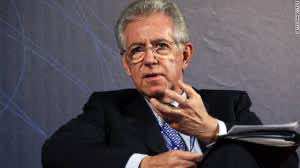 Italian Prime Minister Mario Monti said Thursday he would visit Tripoli on January 21 with the aim of reviving a friendship treaty between Italy and Libya that was suspended during this year’s conflict.

“The visit that I will undertake to Tripoli with some ministers on January 21 is being prepared and we want to reactivate the friendship treaty,” Monti told reporters at an end-of-year press conference.

Asked whether Italywas planning to resume controversial action with Libya to send back undocumented migrants leaving Libyan shores, Monti declined to answer but said his government was looking at changes.

There will be “a rapid and profound re-examination,” he said.

“It is clear that for Italy that the new prospects of lights and shadows that opened up a year ago in North Africa is of very great interest” he added.

The treaty, which was signed by the late dictator Moamer Kadhafi and former prime minister Silvio Berlusconi, helped ease the way for billions of euros (dollars) in investments from Italy to Libya and viceversa.

Italy also agreed to pay Libya 5.0 billion euros in compensation for colonial rule over 25 years and the construction of around 1,700 kilometres (1,050 miles) of coastline motorway in Libya.

Under the friendship treaty, more than 180 Italian businesses had taken advantage of the favourable terms for trade links, including Finmeccanica, Impreglio and ENI, which became the biggest foreign energy producer in Libya.