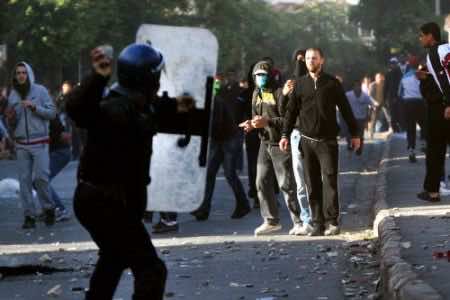 A young Algerian set himself ablaze after a police officer refused to take his complaint about a stolen bike, a senior official in an organisation representing unemployed people told AFP Thursday.

“He went to lodge a complaint about the theft of his mobylette, but the policeman who received him … refused to note it down,” national coordinator of the National Committee for the Defence of the Rights of the Jobless (CNDDC), Tahar Belabes, told AFP.

The youth of 25 later went back to the police station and set himself on fire in a suicide protest bid, Belabes added. The flames were doused and the young man was taken to the Douera hospital in Algiers with third-degree burns.

Belabes said he was in a coma.

The incident on Wednesday happened at Ouargla, 800 kilometres(500 miles) south of Algiers, he said.

Such violent suicide attempts have become a feature of the north African country’s social scene since January and also affect youngsters who are still going to school.

A case of self-immolation by a young man in neighbouring Tunisia in December last year was the spark that ignited the first of the Arab revolts and led on January 14 to the fall of President Zine el Abidine Ben Ali after 23 years in power.

The Algerian press has reported dozens of bids to commit suicide by fire in the past year, but the number of fatalities has not been given by officials or the media.

Many such bids are seen as signs of despair and protest in a country where the International Monetary Fund places the unemployment rate at 21 percent.