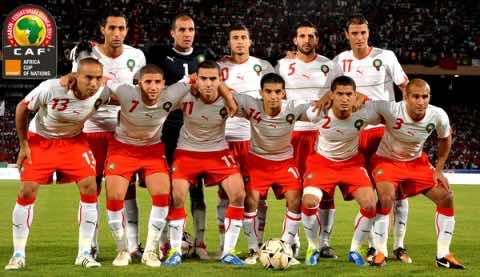 As part of the participation of the National Team at the CAN 2012 to be held in Gabon and Equatorial Guinea on 21 January 2012 to February 12, 2012, the national coach Eric Gerets has called 23 players.

The list of players as announced on the official website of the Royal Moroccan Football Federation is as follows:

Morocco is in group C along with Angola, co-host of the cup, Tunisia, as well as Niger. The Atlas Lions will play their first game on January 23 against Tunisia.

With the absence of high-caliber teams, such as Egypt, Cameroun, Nigeria and South Africa, Morocco is viewed as one of the front-runners for the upcoming African Cup of Nations.

With their national team full of young talented players, Moroccans are hopefully this cup will be brought home, thus, putting an end to almost a decade of poor performances.

The Only time Morocco won the much-coveted cup was in 1976. Ever since the best performance achieved by the Atlas Lions was in CAN 2004 hosted by Tunisia, when they reached the final and lost the trophy to the host country.