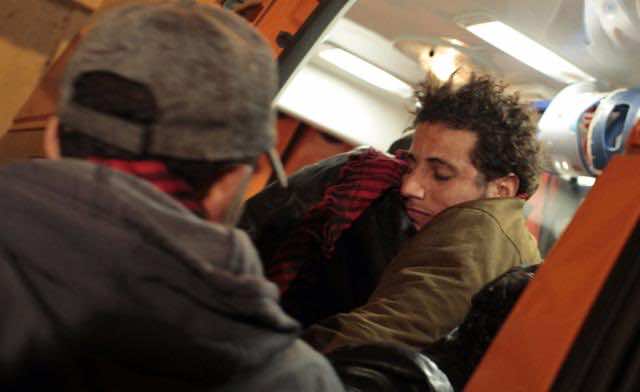 Thirty rights groups and activists united on Thursday in a call for Egypt to release a jailed blogger who has been staging a hunger strike since August.

A military court sentenced Michael Nabil, 26, to three years in prison in April for insulting the armed forces on his blog.

“If Michael Nabil perishes, so does the dream of a free Egypt,” said Hillel Neuer, executive director of the Geneva-based UN Watch.

The coalition has appealed to UN chief Ban Ki-moon, rights commissioner Navi Pillay and several UN special rapporteurs to highlight Nabil’s case and press the Egyptian authorities to release him.

The Egyptian military took charge of the country after a popular uprising forced veteran president Hosni Mubarak to resign in February.

It has faced criticism for sentencing thousands of civilians in military courts for offences ranging from assault and rape to insulting the ruling generals.

In a blog he wrote in March, Nabil said the army had been protecting its own interests and not those of the Egyptian people.

Nabil is now consuming only water in place of the juice he was previously accepting, UN Watch said, and his condition is believed to be “dire”.

Other signatories to Thursday’s appeal included the Moroccan Organization for Human Rights and the Bahrain Human Rights Watch Society.