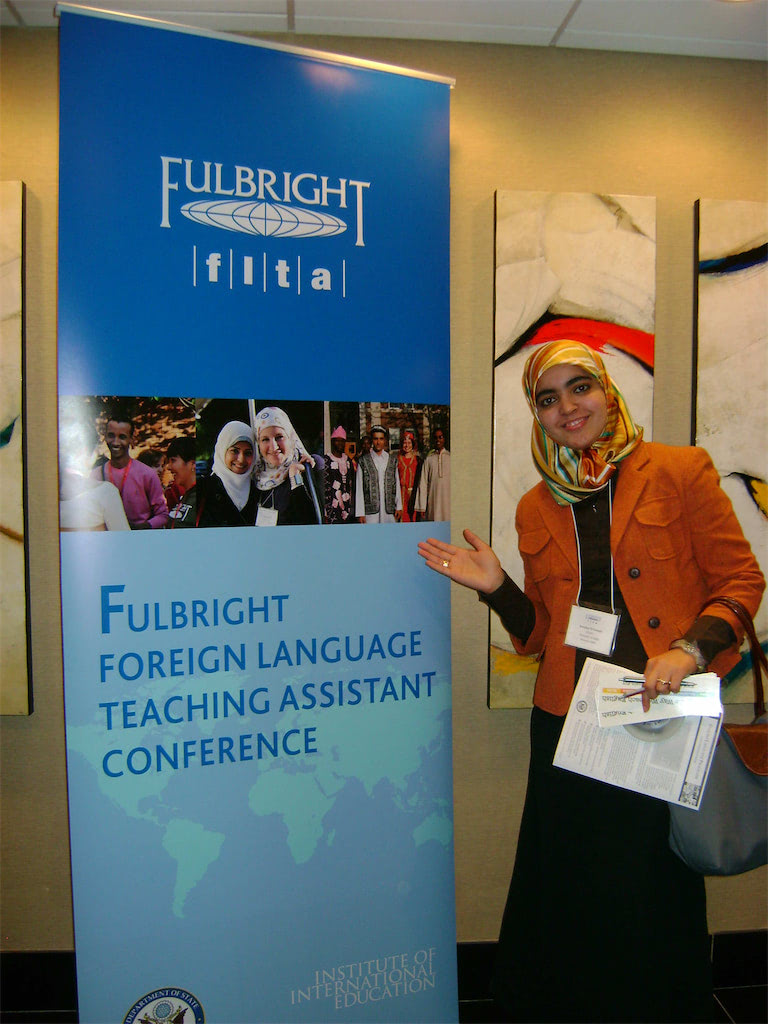 Idaho – “The most common way people give up their power is by thinking they don’t have any.’’ Alice Walker.

It is a very expressive and true statement from which we can understand that power is meant to be possessed by every human being, male or female. However, nowadays, there are many factors, which shape why American women think of themselves as being weak creatures.

In this article, I am going to shed the light on the most noticeable factor, which is the media. Fortunately, my presence here in the US as a Fulbright Visiting Scholar has helped me a lot in approaching this issue. In fact, and as part of the cultural diversity in the American media course that I took here, I had the chance to attend the exclusive screening of a very interesting documentary film called ‘’Miss Representation’’. The film was dealing with all the questions that I had in mind concerning this issue, and provided me with shocking facts, statistics and statements from a lot of people of different walks of life here in American society about how the American Media portray or see women.

In the supposedly most democratic nation in the world, women from different ages are really suffering from the way they are looked at or treated. In other words, here in America women are defined by their bodies, rather than their minds. Arriella, a teenager in high school said that “there is no appreciation of woman intellectually; it is all about the body, not about the brain”. The statement of this high school student sums up all the suffering that girls in her age group experience when it comes to their shape, and how they look. So, the media are all about how they want women to be in order to gain much more money.

To do this, the media keeps sending messages to girls that their value is in their body. That is to say, it is implicitly assumed that men in America are associated with privilege and power, whereas women are always described to be emotional, have weak personalities and are always tied to to sexual issues. Moreover, instead of making history, and fostering values and ethics, the American media’s main objective is to make as much money as they can. This is crystal clear when the documentary shows statistics about the amount of money spent in advertising.

The film, also, reveals that American teenagers spend more than 31 hours a week watching TV, and more than 5 hours reading magazines etc. This is mainly due to the content that the media is delivering and which is shaping society as a whole and specifically shaping the young people’s minds, brains and emotions.

What is more, the documentary stated that women present 51 percent of the US population. Yet, they comprise only 17 percent of members of Congress. At this rate, women may not achieve parity for 500 years. Also, in the media sector, women make up only 3 percent of leadership positions in telecommunications, entertainment, publishing and advertising, let alone the political sector where the image of men enjoying decision making positions is the most common and normal for Americans.

For instance, the US is ranked in the 90th position in the world after Cuba, China, Iraq and Afghanistan in terms of women being represented in national legislatures.

Besides, and as a woman, I strongly believe that trying to objectify woman by focusing just on their physicality is the first step towards practicing violence towards her. And, as Lindy Dekoven, Chair of the California Commission on the Status of Women, pointed out, “this is all about capitalism: the exploitation of women’s bodies to sell products and magazines’’. “They are creating a climate in which there is a widespread increase in violence against women,” she added.

Hence, the documentary was really an urgent call among other calls to take serious stands towards what is happening. But then, when the film has finished, I just kept wondering, is this America? Is this how the American media treat women that are considered to be the main pillar in the development of any society as they keep saying when it comes to the United States speeches to the rest of the world?

Finally, I come to the conclusion that the media can be an instrument of change and can awaken people. Still, it really depends on who is piloting the plane.

Kaouthar Elouahabi, is a Moroccan national. She holds a Bachelor’s Degree in English Literature and Linguistics from The Faculty of Letters in Tetouan, Morocco.