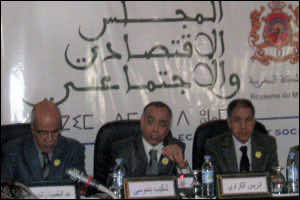 A new study is shedding light on the poor prospects many young Moroccans face when looking for a job.

The study, released December 23rd in Rabat, urged authorities to adopt regulatory reforms and increase vocational training opportunities. The report was the result of ten months of research and discussions with the various stakeholders involved.

The council said that young graduates were the group hardest hit by unemployment, which can be lengthy and cause great uncertainty. Nearly two-thirds of young people have been unemployed for over a year. The jobs done by youths are often poorly paid, rarely contracted and very seldom covered by social welfare schemes. Over 40% of young people do unpaid jobs and fewer than 10% have medical insurance. Over 80% of young workers do not have a contract of employment.

According to council president Chakib Benmoussa, the study found that the issue of youth employment was complex and calls for structural reforms over the long term. In addition, the advisory panel said that the training system needs to be brought into line with the job market and regional employment policies need to be devised.

The council’s recommendations include enhancing the existing employment promotion system by creating a governing body supported by a research centre. They also recommended reforming the National Agency for the Promotion of Employment and Skills. The idea is to enable the institution to play its role as a decentralised enforcement agency in partnership with private sector or civil society organisations, in addition to increasing its labour market agency services.

Another key recommendation was increased support for small businesses through sponsorships, creating spin-off businesses, subcontracting, and by making it easier to obtain financing. The aim is to encourage self-employment.

The government also needs to develop income-generating activities by identifying sectors and setting up retail premises, according to the council. The report also called for implementing employment contracts for short-term assignments ranging from three months to two years.

Several recommendations focused on vocational training. The study urged the creation of training courses tailored to specific needs. Businesses, meanwhile, must contribute by participating in the training process, according to the council.

Additionally, the study said that regulatory framework needs to be improved by adjusting the social security contributions paid by small businesses, strictly enforcing the law on multiple jobs for public-sector workers, promoting sector-wide collective bargaining agreements and amending regulations in order to make it easier for the disabled to find work.

The proposed measures are intended to help restore young people’s confidence, even though they are only partial solutions, commented Mohamed Titna Alaoui, president of the Training, Employment and Sector-Wide Policy Affairs Committee.

The new prime minister, Abdelilah Benkirane, is well aware of the difficulties faced by jobless youth, especially those who have degrees. Some unemployed young people tried to garner attention for their cause by holding a sit-in outside Parliament during the first plenary session on December 19th. Others chanted slogans criticising former prime minister Abbas El Fassi outside the Justice and Development Party headquarters during the negotiations that led to the formation of the new government.

Benkirane has repeatedly said that tackling unemployment is a priority. In its election manifesto, the PJD vowed to reduce unemployment to 7%, two points lower than the current official level.