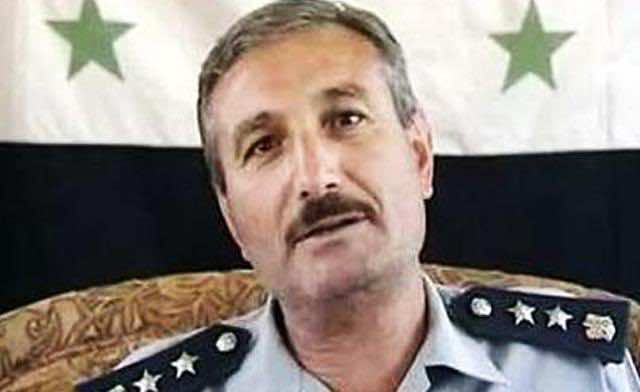 The rebels’ commander Colonel Riad al-Asaad said his forces had so far been unable to talk to the monitors currently visiting Syria on their month-long mission and he was still trying to contact them.

“I issued an order to stop all operations from the day the committee enteredSyria last Friday. All operations against the regime are to be stopped except in a situation of self-defense,” he told Reuters.

“We have tried to communicate with them and we requested a meeting with the team. So far there hasn’t been any success. We haven’t been given any of the (phone) numbers for the monitors, which we have requested. No one has contacted us either.”

In related news, more than 250,000 anti-regime protesters took to the streets of Syria’s flashpoint northwestern province of Idlib after the main weekly Muslim prayers on Friday, a rights watchdog said.

“More than 250,000 people protested across Idlib province in 74 locations after Friday prayers,” the Syrian Observatory for Human Rights said in a statement sent to AFP in Nicosia.

It is not yet clear whether Turkey-based Asaad’s order to lay down arms will be heeded by anti-government gunmen inside Syria . A video shot by rebel fighters this week showed the ambush of a convoy of army buses in which, activists said, four soldiers were killed.

Assad has signed up to an Arab League plan for a verifiable withdrawal of his heavy weaponry and army from turbulent Syrian cities where more than 5,000 people have been killed since March, many shot during peaceful anti-government protests but also many killed in rebel attacks and defense actions.

The FSA, formed by thousands of defectors from Assad’s military and security forces and financed by expatriate Syrians, has gone on the offensive in the past three months, taking the fight to the state rather than simply trying to defend opposition strongholds.

Its decisions are potentially crucial to any peace plan.

“Some of (our) soldiers inside Syria are trying to reach out to them but so far it doesn’t seem the committee members have been given enough freedom of movement so that the soldiers can meet them. The monitors are escorted by some members of Syrian security. Our defectors if found can be arrested and even executed …” Colonel Asaad said.

He said about 1,500 of his men were in custody and out of reach. He wanted to know their fate.

The monitoring teams have encountered a range of problems, from hostility when they turn up under army escort, to random gunfire and communications breakdowns.

Tens of thousands of protesters in the countryside of Damascus, Douma, clashed with the Syrian forces, the local coordination committees said on Friday, adding that the Assad security forces used nail bombs to disperse the protesters.

About eight protesters were killed on Friday across Syria, the local coordination committees said.

The Syrian Observatory for Human Rights said security forces surrounded the Al-Bassam and Al-Omari mosques in the Deraa town of Inkhil as snipers took up positions on high grounds.

In the eastern oil hub of Deir Ezzor, explosions could be heard in Al-Qusur neighborhood while regime forces deployed heavily in the vicinity of a key roundabout, the watchdog said in a statement received by AFP.

Two civilians and two mutinous soldiers were also killed Friday in the Homs province town of Tal Kalakh in an ambush by regular army troops, the Britain-based group said.

“On Friday we will march to the squares of freedom, bare-chested,” the activists said on their Facebook page, adding they were ready to confront the regime’s “artillery and machinegun fire.”

The Observatory’s Rami Abdel Rahman told AFP activists are determined to make their voices heard to the monitors despite the bloody crackdown which has killed more than 100 people since Monday when the monitors arrived.

“The Arab League’s initiative is the only ray of light that we now see,” said Abdel Rahman.

“The presence of the observers in Homs broke the barrier of fear,” he said in reference to some 70,000 demonstrators who flooded the streets of the central city Tuesday as monitors entered the protest hub.

Since then thousands have taken to the streets in different parts ofSyria energized by the presence of the observers whose mission was accepted byDamascus earlier this month after weeks of stalling.