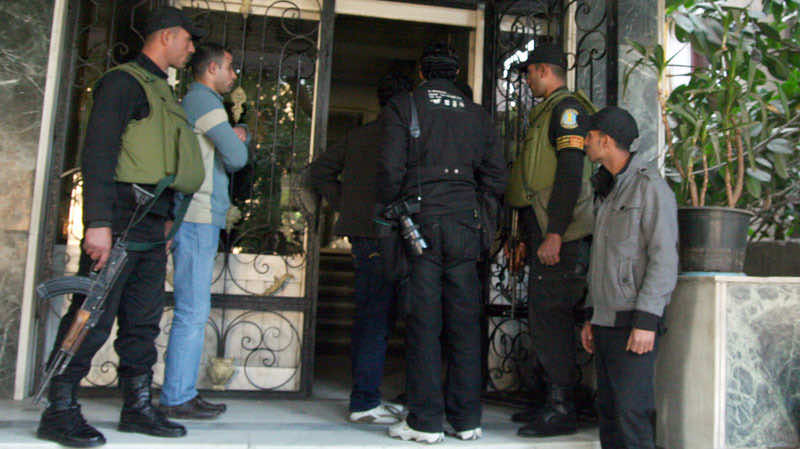 Egypt has assured the United States that it will stop raids on US and other pro-democracy groups and that it will return confiscated property, a senior US official said Friday.

The US ambassador to Cairo, Anne Patterson, received the assurances from Egyptian leaders, including those from the Supreme Council of the Armed Forces who have run Egypt since president Hosni Mubarak was toppled in February, the official said.

The official said Patterson spoke with the leaders about the raids carried out Thursday against human rights and pro-democracy groups, including the US National Democratic Institute, International Republican Institute and Freedom House.

“The ambassador has sought and received Egyptian leadership assurances that the raids will cease and property will be returned immediately,” according to the official, who asked not to be named in an email statement to reporters.

“She has also made clear that we expect all international NGOs, including those that receive US government support, be able to return to normal operations as soon as possible in support of the democratic transition underway in Egypt.”

The official said Patterson agreed to work with Egyptian officials to resolve the underlying concerns of making sure US-backed groups operate “in a transparent, open manner.”

“These NGOs should be allowed to operate freely as they do in countries around the world in support of democracy and free elections,” the official added.

Prosecutors backed by police special forces stormed 17 offices of local and international NGOs on Thursday, confiscating computers and documents as part of a probe into allegations of illegal funding from abroad.

The raids fell under a wider campaign by Egypt’s military rulers to silence dissent after months of criticism of its human rights record, according to analysts.

Since a popular uprising ousted Mubarak in February, the military — which enjoys close ties with Washington and receives more than $1 billion in annual aid — has repeatedly accused foreigners of stoking unrest and encouraging activists to oppose its rule.