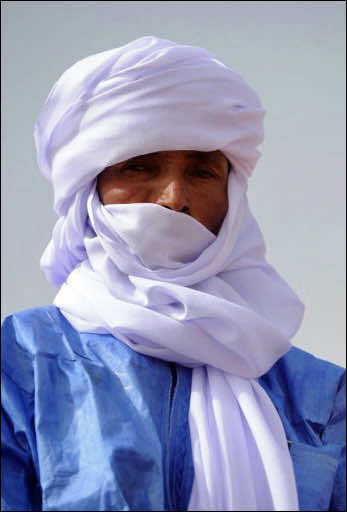 A prominent Touareg group says al-Qaeda is “an intruder” on their territory.

A leading Touareg separatist group in northern Mali is willing to join the fight against al-Qaeda in the Islamic Maghreb (AQIM).

“We are ready to fight al-Qaeda if we find political and economic support,” the MNLA official said.

The MNLA was born of a merger early last month between the between the Alliance for Change and Democracy, the National Movement for the Liberation of Azouad and the North Mali Touareg Movement, an armed group formerly led by late rebel chief Ibrahim Ag Bahanga.

“This terrorist organisation is our enemy to the foremost degree and the enemy of our religion and our reputation. We are ready to fight if we find someone standing with us,” Hama Ag Sid Ahmid said.

“We have no relationship with the terrorist organisation and consider it our enemy because it came to us from abroad to corrupt our traditional moderation and alter our religion, which we found, our fathers and our scholars, and to tarnish our reputation,” the MNLA official added.

“It is likewise hostile to all international organisations that came to develop our region, abducting and killing their officials. In that lies the greatest harm to us, when it stopped the development work,” he said.

However, Ag Sid Ahmid acknowledged the ability of the terrorist organisation to attract some Touareg tribesmen, saying, “Al-Qaeda in the Islamic Maghreb recruited a number of our people due to their ignorance. They are in the closed-off desert and do not know anything about this organisation. Some of them think working with it is permissible while others believe it is just a company generating income.”

Addressing the issue of Touareg rebels selling weapons to al-Qaeda, he said that while some fighters had returned from Libya with weapons, they were unaffiliated with any official group.

“All they seek it is to make money in any fashion, and this type of conduct is the result of the lack of security and stability we seek,” he said.

Ag Sid Ahmid called on the “countries of the Sahel and other countries seeking to fight terrorism to strive to solve the security problem caused by the Touareg rebellion in northern Mali in a peaceful manner”.

The Touareg coalition spokesman’s condemnation of al-Qaeda was echoed by Moussa Ag Acharatoumane, a member of the same group’s executive office. He told Magharebia that the Azaouad independence fighters opposed any al-Qaeda presence on the grounds that it hurt their cause.

“In our discourse we condemn terrorism in principle, and we are also against the presence of al-Qaeda in the region,” Ag Acharatoumane said. “But our main goal is to remove all that hinders our independence in the region, whether al-Qaeda or other criminal organisations. Indeed, al-Qaeda is an intruder on our land and its activity is at the expense of our case.”

Al-Qaeda is an “obstacle” to the Touareg group’s ambitions for an independent state, he said.

“Al-Qaeda is a real nightmare in the entire Azaouad region and all inhabitants of northern Mali reject their presence,” local journalist and political analyst Abubacar Ansari told Magharebia. “All nations, whether Sahel countries or Western countries, should stand up to their responsibility and take serious and tough positions on terrorism.”

“The Touareg are not against intervention by these countries to eliminate al-Qaeda so long as that intervention will help resolve the Touareg problem and push for more stability,” Ansari said.