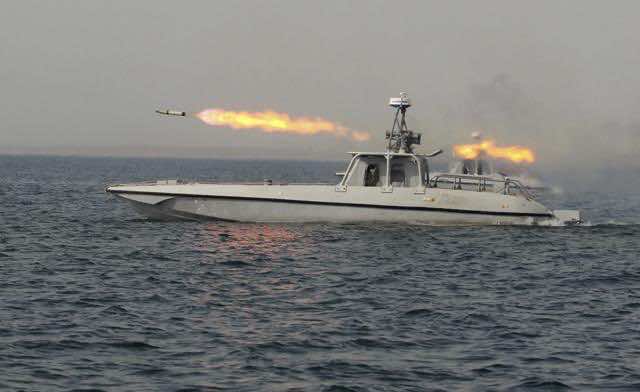 Iran test-fired long range missiles on Saturday during a naval exercise in the Gulf, the semi-official Fars news agency said, following a threat by Tehran to close shipping lanes if the West imposes sanctions on its oil exports.

The 10-day naval drill in the Gulf began last week as Iran showed its resolve to counter any attack by enemies such as Israel or the United States.

Tehran threatened on Tuesday to stop the flow of oil through the Strait of Hormuz in the Gulf if it became the target of an oil embargo over its nuclear ambitions, a move that could trigger military conflict with countries dependent on Gulf oil.

Tensions with the West have risen since the U.N. nuclear watchdog reported on Nov. 8 that Iran appears to have worked on designing an atomic bomb and may still be pursuing research to that end.

During military drills in 2009, Iran test-fired its surface-to-surface Shahab-3 missile, said to be capable of reaching Israel and U.S. bases in the Middle East.

Iranian media have said the naval exercise differed from previous ones in terms of “the vastness of the area of action and the military equipment and tactics that are being employed”.

Iran’s oil minister said crude prices will rise to more than $200 per barrel if foreign sanctions are imposed on the country’s oil exports over its disputed nuclear work, the Aseman weekly reported on Saturday.

“Undoubtedly the price of crude will increase dramatically if sanctions are imposed on our oil … It will reach at least over $200 per barrel,” minister Rostam Qasemi was quoted by Reuters as telling the weekly.

“Jalili will soon send a letter to Catherine Ashton over the format of negotiations … then fresh talks will take place with major powers,” said Iran’s ambassador to Germany Alireza Sheikh Attar.

Talks between Iran and the five permanent members of the U.N. Security Council, the United States, Russia, China, Britain and France, plus Germany (P5+1) stalled in January.

The EU is considering a ban ? already in place in the United States ? on imports of Iranian oil, although diplomats and traders say awareness is growing in the EU that such a ban could damage the bloc’s economy without doing much to hurt Iran.