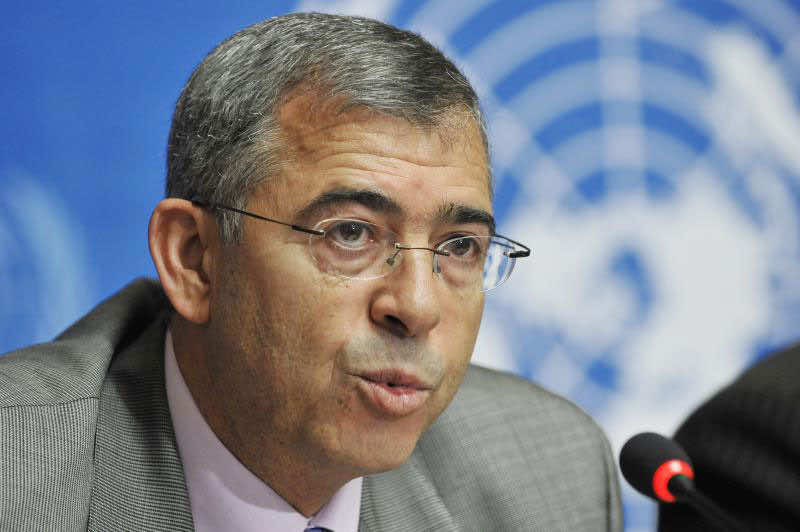 The United Nations human rights office voiced alarm yesterday at reports that the Egyptian military has carried out raids against the offices of non-governmental organizations (NGOs) in what would be the first documented incidents of their kind in the country’s recent history.

According to the Office of the High Commissioner for Human Rights (OHCHR), Egyptian soldiers attacked the offices of several NGOs yesterday inCairo, the capital. The soldiers forced their way in, blocking entrances and exits, and seized computers and files. In some cases, employees had their mobile telephones confiscated.

Frej Fenniche, chief of OHCHR’s of the Middle Eastern andNorth Africaoffice, said it was the first time his office had heard of a similar raid being carried out against NGOs, noting that such events had not occurred even under the regime of former Egyptian president Hosni Mubarak.

“Such behaviour on the part of the authorities appears to be clearly designed to intimidate human rights defenders who have long been critical of human rights violations inEgypt, including under the previous regime,” said Ravina Shamdasani, a spokesperson for OHCHR, fromGenevayesterday.

“The Office of the High Commissioner for Human Rights calls on the Government to cease the use of such unnecessarily heavy-handed measures and to ensure that civil society organisations can carry out their important work without undue interference,” she added.

Egyptian authorities have reportedly blamed foreign-funded groups, including NGOs, for some of the political unrest which has rippled throughCairoand other cities since the ousting of Mr. Mubarak in February.

Mr. Fenniche noted that the local authorities had expressed concerns regarding the origins of the NGOs’ funds as well as information about their relationships with foreigners.

“But this can be done according to the law,” he stated.