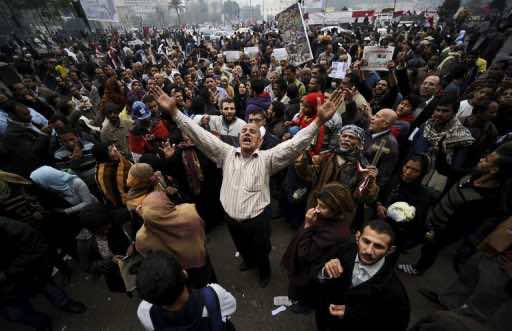 Egyptian activists have called for a candle-light vigil in Cairo’s Tahrir Square on New Year’s Eve to commemorate those who died in the uprising that toppled Hosni Mubarak.

Pro-democracy groups that helped launch the revolt on January 25 have urged Egyptians to head to Tahrir — the symbolic heart of protests that ousted Mubarak — to “remember all the martyrs, the wounded and those who are still detained, in the hope that the revolution continues and wins.”

In a Facebook post for the event, they said they hoped that 2012 would be “the year of freedom.”

Organizers have asked people to “bring pictures of the martyrs and Egyptian flags” to the square, where musicians and poets will entertain the crowds.

Muslim and Christian religious chanting will also be on the program, they said.

In recent months, the square has been the epicentre of protests demanding the ouster of the ruling military council that took power when Mubarak was ousted.

The Supreme Council of the Armed Forces has vowed to hand power to a civilian authority when a president is elected next year as part of a transition roadmap that saw the start of first legislative polls since Mubarak was ousted.

In a message posted on Facebook on Friday, the SCAF urged all Egyptians to work with security forces during the week of festivities in order to ensure calm.

The ruling military also vowed to protect the country’s churches during the week of celebrations marking the New Year and Coptic Christmas, which falls on January 7.