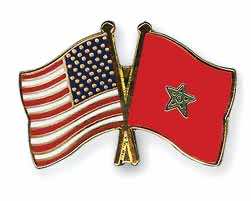 The Moroccan Diaspora in the United States is still a new community in the making, mostly established in the tri-state area (New York, New Jersey, Connecticut) but also in Virginia, Massachusetts, Florida, Texas and California. Even if this community is composed in its majority of blue-collar workers, it does have many professionals, few entrepreneurs, artists, academics and intellectuals. Morocco World News is happy to present to its readers the most influential and successful Moroccans living in the United States. Through their work and advocacy, these people are contributing a great deal in promoting Morocco’s image in America, as well as in lobbying for the defense of its strategic interests.

Born in Tangier, Anouar Majid is Director of the Center for Global Humanities and Associate Provost (Associate Academic Vice President) for Global Initiatives at the University of New England in Maine, USA. In his posts, he runs the most prestigious forum for discussion and debate in the city of Portland, Maine and is responsible for globalizing the educational and research agenda of the university. He is currently working on building a site for his university within the campus of the American School of Tangier. This new site will allow American students to study their curriculum in Morocco and learn about Morocco and its rich traditions.

Professor Majid has lectured and given keynote addresses at major universities and cultural institutions in the United States and around the world, and he has been interviewed by several media organizations nationally and internationally.

Professor Majid is the author of many critically acclaimed books, all published by prestigious academic presses. He has written for major newspapers and publications, such as the Washington Post and the Chronicle of Higher Education. He is a novelist, the author of Si Yussef. He also edits the online magazine TingisRedux. His many publications include: Unveiling Traditions: Postcolonial Islam in a Polycentric World (2000), Freedom and Orthodoxy: Islam and Difference in the Post-Andalusian Age (2004), A Call for Heresy: Why Dissent is Vital to Islam and America (2007), We Are All Moors: Ending Centuries of Crusades Against Muslims and Other Minorities (2009).

His new book, “Islam and America: Building a Future without Prejudice” has just been published.

An international lawyer from Washington DC, Leila has recently become the first Moroccan-American to serve as the focal point for the International Criminal Court Middle East and North Africa coalition work. Leila has been selected to serve in leadership positions at a very young age which equipped her to join an exhilarating hub of young leaders.

As the staff attorney and programs manager of the World Justice Project to becoming one of the World Bank’s youngest professionals, Leila’s experience consists of work in international law, rule of law, and human rights. Leila was also the winner of the highly competitive World Bank Middle East and North Africa Innovation Fund through which she led a legal empowerment initiative for young women in Morocco. Her experience revealed the impressive energy of Morocco’s young women, and the untapped force that they present in reaching out to and mobilizing other young people.

Leila serves on the Board of several organizations in the field of international law and development, including the United Nations Association YP, the Moroccan-American Legal Empowerment Network, and the International Center of Mediation and Arbitration.

Leila published several academic papers and articles, contributed to a few published works on legal systems of North Africa, and was profiled in several national and international media outlets for her academic and professional accomplishments. Leila is a graduate of American University’s School of International Service and Georgetown University, and currently pursuing post-graduate studies in international law at George Washington University Law School, Washington DC.

Younes Abouyoub, a political scientist/sociologist at Columbia University and consultant to the United Nations, is among those Moroccans who Morocco World News is proud to introduce to its readership, as recognition of his intellectual and political achievements so far and many more yet to come. A native of Casablanca, Younes Abouyoub has studied in the Moroccan public education system until he graduated from Hassan University II in British and North American literature and cultural studies. He subsequently left for Paris to continue his studies at the Sorbonne University, and later on at University of Geneva.

In 2003 he received a scholarship from Columbia University to complete his PhD dissertation in political science. He also has degrees in Geopolitics and Law from the Sorbonne University. His research interests evolve around the sociology of power, issues of governance and democratization, race/ethnicity & class, conflict resolution, sustainable development, and political ecology.

During the two decades that he has spent abroad, living in different countries, France, Switzerland, Kenya, Sudan, Ethiopia and the USA, Younes Abouyoub had the opportunity to discover many cultures and political systems that he studied with interest. He has come to the conclusion that ‘human beings are the same in nature but differ in their circumstances and conditions’. His peregrinations around Africa triggered his interest in questions of economic and human development in the continent, and the historical cultural links between Morocco and numerous other sub-Saharan countries. In the United States, after studying the Arab-American community and its political activity for years and published a series of studies in Academic journals, he recently embarked on conducting a seminal study on the Moroccan Diaspora in the USA and the impact of the financial crisis on this budding community.

Brahim El Guabli has a very rich experience as a teacher in Morocco and abroad. He finished his teacher training at Ouarzazate teacher training school, which he considers to be one of the most formative experiences of his life, before becoming a teacher in the rural areas of High Atlas in Ouarzazate. He built on this understanding to start many community centered initiatives that continue to work and inspire many other people in the High Atlas to date. From Education and Solidarity Association based in a tiny village of Ighrem Nougdal to the bigger Education and Solidarity in the High Atlas Organization that manages the biggest project in Morocco that targets school libraries and kindergartens in the rural and urban areas of Ouarzazate. El Guabli’s work and initiatives in civil society inspired many teachers and colleagues to emulate his work.

Alongside his teaching and civil society activities, Mr. El Guabli finished graduate degrees in applied foreign languages, business studies, Anglophones and International studies. His focused has shifted over time to be centered on Arabic literature, issues of human rights and social justice. He is writing a PhD dissertation on Moroccan literature under the supervision of one of the leading scholars in the field at the National Institute of Oriental Languages and Cultures. He publishes articles on a monthly basis in the US and Europe based magazines and websites.

Mr. El Guabli is an excellent public speaker who lectures on different issues related to MENA region. He is also a committed intellectual whose work and initiatives bring a lot of inspiration to his fellow citizens in Morocco and abroad. He teaches Arabic language and culture at one of the best higher education insitutions in the US.

Dr. Skalli is Assistant Professor in the International Development Program. She joined the American University in 2004 after teaching for 15 years at Moroccan Universities and Higher Institutes of Leaning (1987-2003). Dr. Skalli-Hanna’s research and teaching interests are grounded in the interdisciplinary tradition, and examine issues at the intersections of development, politics, gender, youth, culture and communication. Her regional expertise is in the Middle East and North Africa.
Skalli-Hanna was a Fulbright Scholar (1996-2000) and a member of the UNESCO Chair on “Women and their Rights.” She is on the board of Directors of the Washington-based Maghreb Center for policy and research or North Africa, and is co-founder of INJAZ, the first Moroccan-American Woman’s Organization in the greater DC area.

She is a PhD holder in mass communications from The Pennsylvania State University and MA, cross-cultural studies from Essex University (England)

Dr. Boukhars has also contributed to leading newspapers in the US and the Middle East. His editorials have appeared in the Arizona daily star, Star-Telegram, Al- Jazeera News, Jordan Times, Asia Times, Global Beat Syndicate among many others. Dr. Boukhars has been a guest speaker on television and radio programs in the United States and Europe. He was hailed by the Boston Globe, Front Page Magazine and Jerusalem Post as a leading moderate Muslim scholar. 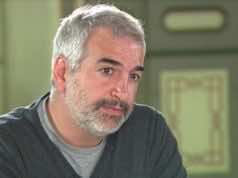 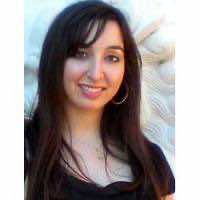 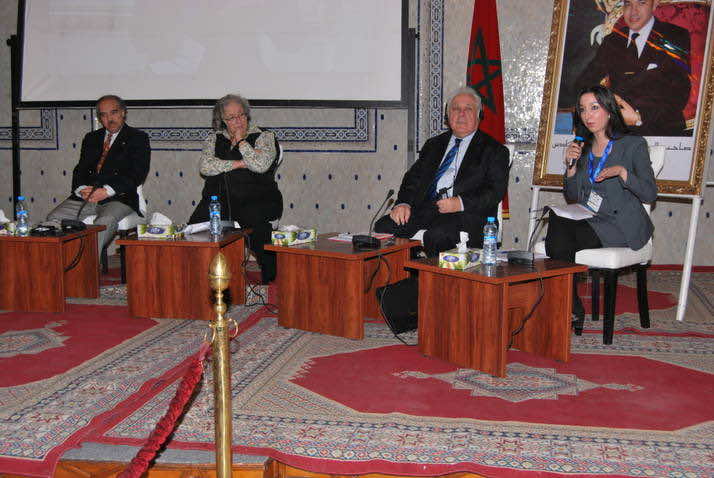 Reflections From the International Fez Forum: Youth and Globalization in the Mediterranean Region