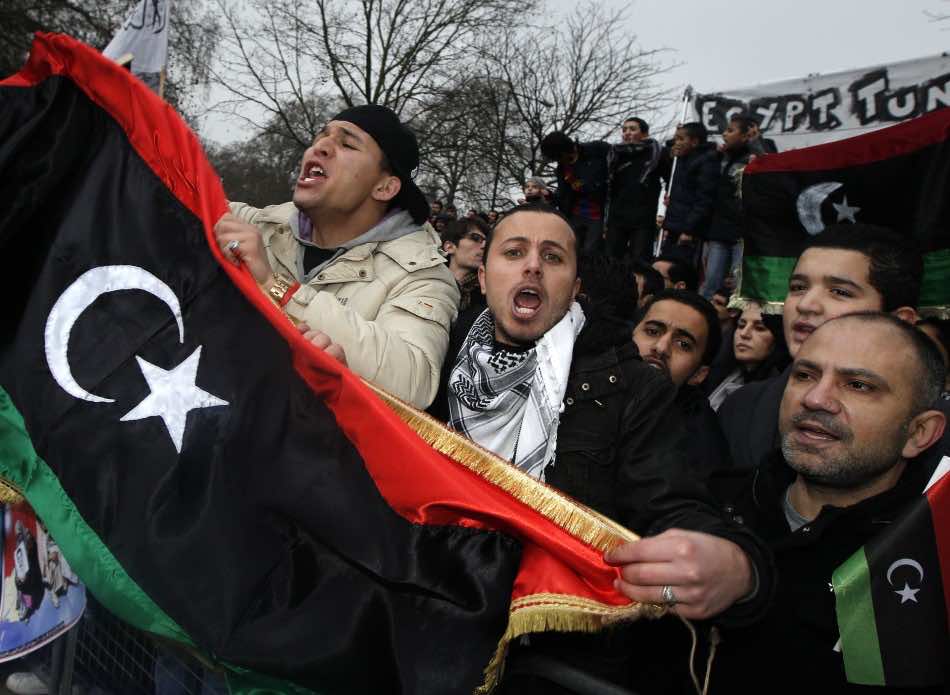 Millions of Arabs dream of attaining democracy in 2012, aiming to build on gains from the deadly protests that ousted two dictators and ended strongman Moamer Kadhafi’s rule with his brutal
killing.

But protests that erupted in December 2010 with the self-immolation of a Tunisian vegetable vendor peaked with Kadhafi’s killing and unleashed hopes of freedom of expression and other basic rights in the Arab world.

“We captured guns from Kadhafi and used them against him to gain our freedom. Now we want democracy,” said Ali Deeb, a 55-year-old electrical engineer from Tripoli.

“We are already smelling democracy and nobody should be afraid of our guns. We know how to control them. But we will not tolerate any more dictators or a single political party. Those days are gone with Kadhafi.”

There are no public new year celebrations in the largely conservative Muslim Libya as residents preferred staying indoors amid severe cold weather and breakdown of electricity.

However, 2012 is still the first “free” year for them following the end of Kadhafi’s decades-old regime with his death on October 20.

Their brutal rebellion eclipsed the fall of neighbouring strongman Mubarak, who is now on trial on charges of murdering hundreds of protesters who rose against him in Cairo’s Tahrir Square.

The Egyptian uprising is still incomplete, said Cairo residents, with several expressing scepticism over the nation’s ruling by a military junta that took power when Mubarak stepped down.

“There is still a lot of work to be done to achieve the democratic system we worked for,” said 32-year-old Omar Salem, an information technology consultant in Cairo.

“The parliamentary elections were a starting point but with the military still in power, we don’t know which direction the country will go in.”

Egyptians want to build efficient state institutions which they said was the “biggest problem” under Mubarak.

“I hope we have a real parliament, a real police and honest judges so we can start building the country,” said Amr Said, who works for a private security company.

“I’m not worried about the Islamists in parliament. They came through real elections. If they do a good job, let them stay. If they don’t, people are no longer scared to call for change.”

Elections in Tunisia, the cradle of the Arab Spring, brought the Islamists to power.

“I’m optimistic now, but I’m not sure if my little freedoms like freedom for women to work and dress would be preserved with an Islamist party in power,” said Tunis philosophy teacher Zakia Ammar.

But she acknowledged that her students were no more “afraid to tackle subjects like religion and politics in the classrooms.”

“They push the red lines and that promises a lot for their creativity in the future.”

There are several challenges for democracy in Libya, Egypt, Yemen, and in Syria, where a nine-month challenge to Assad’s rule rages on under a brutal crackdown the United Nations estimates has killed more than 5,000 people.

Libyan engineer Deeb, referring to more than $150 billion of Libyan funds frozen abroad, said “one of the key essentials to build a vibrant democratic system is flow of money into the system. We need our funds back.”

“We are building the foundations of democracy. We need infrastructure, we need new jobs and good education for our boys and girls. We have to build a new Libya and, for that, we need our money back.”

His views were echoed by fellow Tripoli resident Mukhtar, a retired civil servant who gave only his first name and said that “severe liquidity crunch has made life hard” in Libya.

The general optimism is, however, evident in these countries as the new year set in.

“2011 was an exceptional year which saw young people break the silence erected by their parents. They proved that people cannot be defeated,” said Yemeni writer and activist Abd al-Shafi.

“I hope that 2012 will keep the same momentum and reap the benefits of the Arab Spring.”