Morocco World News
Home Highlights on Morocco Karim Ghellab: who is behind him? 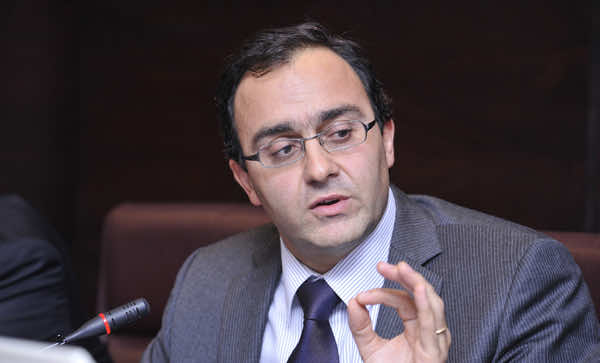 Nothing predestined the shy young man from Casablanca to be elected at the age of 45, chairman of the House of Representatives and the third leading political figure of the Moroccan State.

At best, Karim Ghellab could have had a brilliant career as a high-ranking civil servant in an office or a public company. But his life took a turn when he crossed the path of Meziane Belefqih, one of the key men of the reign of Mohammed VI, in the Ministry of Equipment.

In 1998, then director of roads and road traffic, Ghellab worked under the watchful eye of Belefqih who had become the “head hunter” of the new king. In 2001, he left the Ministry of Equipment after memorable arm-wrestling with his minister in charge of the portfolio of equipment, the Istiqlali Bouamar Taghouane.

The two men in fact represented two schools and mentalities as they faced off with each other. On the one hand, the graduate of the French schools – Ghellab obtained his high school diploma from Lyautey high school and diploma of engineer of bridges and roads. On the other side, a pure product of Moroccan schools – School Hassania of Public Works.

The minister eventually would win his case and Karim Ghellab was sent for a short period to Omnium North Africa (ONA). The same year, he achieved his revenge. The king appointed Ghellab general-director of the ONCF, to the dismay of Bouamar Taghouane. On 7 November the revenge turns out to be an overwhelming victory.

Karim Ghellab replaced Taghouane Bouamar in the portfolio of equipment and in so doing the Transportation Ministry was appropriated to Ghellab’s ministry. The great surprise is his appointment as minister from the Istiqlal party, while he was known like much of Morocco’s senior executives, for his sympathies for the left.

It must be said that under Karim Ghellab, the super ministry of Equipment and Transport changed completely. Construction sites spring up all over Morocco and the tempo of work was accelerated. Despite a few mistakes with the Code of the Road, the young minister, who received strong support from high places in the State, achieved a good performance. However, the quality of a technocrat minister painted with partisan colors at the last minute, hardly pleased him.

In 2003, he ran for office during the municipal elections and won in the district of Sbata in Casablanca of which he became chairman. Emboldened by this success, he ran for mayor of Casablanca. He was beaten by Mohamed Sajid.

The experience was bitter. Ghellab still keeps the stigma of the defeat. In 2007, he won in Casablanca a seat as MP and acceded, during the congress of the Istiqlal, to the executive committee of the party. There he rubbed elbows with his old enemy, Taghouane Bouamar.

In November 2011, he won, with difficulty, his seat of MP for Casablanca. In the face of the victory of the Islamist PJD, he called on the Istiqlal Party to join the opposition and not to ally with Benkirane. A few days after this statement, a strange reversal in position occurs. Karim Ghellab became the candidate of the new majority composed of the PJD-Istiqlal-PPS-MP for the presidency of the first House. After a procedural battle, he became the youngest president of the Parliament in Morocco. A feat that he certainly did not expect, neither because of his qualities as a politician nor to its journey within the Istiqlal party.

Translation by Admou Allal and Editing by Benjamin Villanti