Morocco World News
Home Highlights on Morocco Akhnouch, the Most Sought-after Minister Resigns from his Party 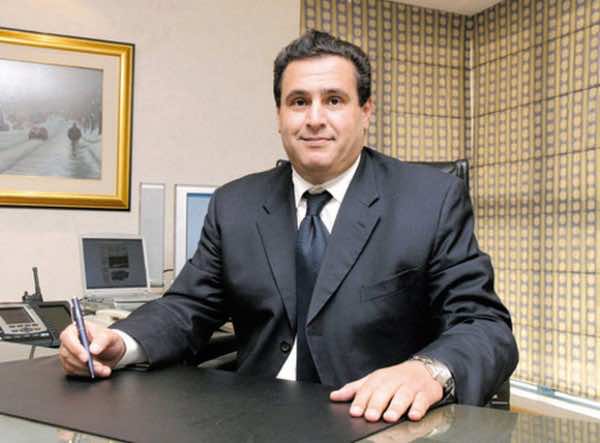 Only a few days before the announcement of the much awaited coalition government, Mr. Aziz Akhnouch, the former minister of Agriculture and Fisheries, has decided to resign from the National Rally of Independents (NRI). The news is the latest unforeseen twist in the tale of the formation on the government.

According to the daily Al Massae, Mr. Aknouch submitted last Sunday his resignation from the NRI where he was a member of the executive council. He declared in the resignation letter published by the Maghreb Press Agency (MAP) that he does not intend to enroll in any political party. He also expressed his gratitude to the NRI and his hope to see the NRI resume its political enterprise with resilience and confidence. He asserted that the NRI will play a central role in the Moroccan political arena. The party leadership was taken by surprise and announced that they will schedule a meeting to discuss the resignation circumstances. Many sources had predicted that Mr. Akhnouch would assume the Agriculture and Fisheries portfolio for the incoming government. Others announced on Monday, that he is pitted to become Minister of Interior.

It is noteworthy that Mr. Aknouch was previously solicited by the president of the Party of Justice and Development (PJD) to join the coalition government as an independent minister but the former minister had expressed reservations about doing so. Primer Minister Benkirane’s move earned him animosity within the NRI who had formally decided to align with the opposition, a decision that Mr. Akhnouch disapproved.  According to the daily “Akhbar Al Yawm” considered that Mr. Akhnouch’s participation in the government was requested by the Palace.

Mr. Akhnouch is a Moroccan businessman and CEO of AKWA group, a Moroccan oil and gas company.  He has been a strong advocate for the protection of environment and a partaker in different cultural events such as the Timtar Festival and a tolerance concert.

Now, that Morocco is in the midst of a crisis with the European Union after the suspension of the fishing agreement, the Fisheries’ portfolio needs a knowledgeable minister and a strong spokesman. The whole nation is at standstill waiting for the Moroccan spring “offspring”: The first Islamist-led government in Moroccan history.