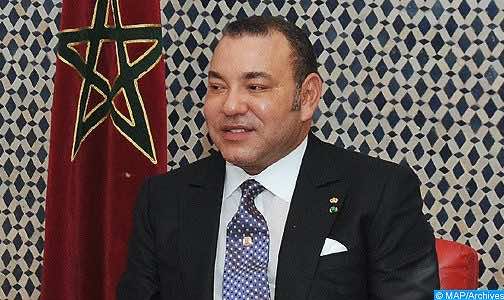 King Mohammed VI is expected today to announce the new government after five weeks of negotiations between the different components of the coalition and much speculation over the names of ministers.

The daily newspaper Al Massase reported on Tuesday that King Mohammed VI will receive Abdelilah Benkirane and the members of his government at the Royal palace in Rabat. Most would-be ministers received phone calls yesterday and were requested to be present today at the royal palace in Rabat.

According to radio station Medi1, the announcement will be made at 1 pm GMT. Most news outlets reported that the new government will include between 27 and 29 ministers, among which 25 from the coalition.

As a result of these negotiations, the Ministry of Culture and Communication will be entrusted to Nezha Skalli, from the PPS, whereas Mohammed Ouzzine will be in charge of the Ministry of Youth and Sport.

Other names that were included in the initial list have been either ruled out or entrusted with other Ministries.

For its part, M’haned Laanser will have to settle for another portfolio, as Aziz Akhannouch, outgoing Minister of Agriculture and Fisheries is expected to be appointed Minister of Interior.

The party of Justice and Development will be at the helm of 9 Ministries, in addition to the Prime Minister, instead of between 10 and 12 as was announced by most news outlets 10 days ago, after Abdelilah Benkirane submitted his initial list to King Mohammed VI. The Istiqlal party will be in charge of 6 Ministries, whereas the PPS and PM will be allocated 4 portfolios respectively.

Party of Justice and development:

Youssef Amrani: Minister Delegate to the Minister of Foreign Affairs

Abdellatif Maazouz: Minister Delegate to the Minister of Foreign Affairs in Charge of Moroccans Living abroad

Party of Progress and Socialism:

While the appointment of Mh’aned Laanser as Minister has been confirmed by most news outlets, no information has leaked yet over the portfolio he will be entrusted with.

This is the first government after the adoption of new constitution in July 2011. This is also the first time in Morocco’s history that a moderate Islamist party will be heading the government.