In a statement released by the Pentagon, Panetta said he has ordered the Marine Corps and a military command office to “immediately and fully investigate the incident.” The Marine Corps had said Wednesday that it was looking into the YouTube video but hadn’t yet verified its origin or authenticity, The Associated Press reported.

Panetta’s statement said “this conduct is entirely inappropriate for members of the United States military.” The statement added that the incident “does not reflect the standards or values our armed forces are sworn to uphold.”

The secretary vows in the statement that “those found to have engaged in such conduct will be held accountable to the fullest extent.”

The video that surfaced a day earlier appeared to show American forces urinating on the bodies of dead Taliban fighters. It could aggravate anti-American sentiment in Afghanistan as the Obama administration hopes to end a decade-long war.

The video, posted on YouTube and other websites, shows four men in camouflage Marine combat uniforms urinating on three corpses. One of them jokes: “Have a nice day, buddy.” Another makes a lewd joke, according to Reuters.

The video comes at a sensitive moment for the Obama administration, which is about to launch a flurry of diplomatic efforts it hopes will kindle peace negotiations between the Afghan government and the Taliban.

How the video will affect that initiative is unclear.

A senior member of Afghanistan’s High Peace Council said it would undermine the peace efforts, but a Taliban spokesman said it was accustomed to such “brutality” and suggested the video would not affect existing discussions.

The U.S. Marine Corps has said it will investigate. The NATO-led International Security Assistance Force (ISAF) in Afghanistan described the acts depicted in the video as “disrespectful” and “inexplicable.”

Although the U.S. military has stopped short of confirming the video is authentic, the Pentagon on Thursday came close.

“We don’t have any indication that it’s not authentic,” Pentagon spokesman Captain John Kirby said.

“It certainly appears to us to be what it appears to be to you guys… troops urinating on corpses. But there’s an investigation process ongoing. We need to let that work its way through to determine all the facts of the case.” 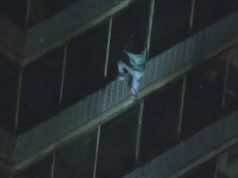