European finance ministers launch another week of talks Monday, after which they hope a deal with banks to slash Greece’s debts and agreement on a new balanced budgets treaty will mark a turning-point in the debt crisis.

There are fresh headaches, with ministers also called to decide how to deal with non-euro Hungary’s bid to secure a new line of credit from the International Monetary Fund, and disagreement remaining over future government rescue funding both at European Union and IMF levels.

But in the run-up to a Jan. 30 summit of EU leaders, with the fear that Europe is lurching back into recession, domestic political pressures are also weighing heavily.

This is especially true for those seeking re-election, such as French President Nicolas Sarkozy, and the goal is to turn broaden the debate from austerity only towards how to generate growth.

The discussions begin at 1330 GMT with ministers from the 17 currency partners that make up the Eurogroup primarily concerned with news from Athens, where the Greek government and private sector creditors are trying to settle terms for a massive debt write-down.

Diplomatic sources do not expect the Eurogroup to take decisions regarding a planned second Greek bailout, which hinges on the outcome of these negotiations.

The target for putting to bed the issue of so-called PSI, or private-sector involvement, is the summit, and “there’s a long way to go yet,” said one well-versed EU official.

The real crunch date for Greece itself is a March 20 bottleneck for sovereign debt repayments.

Without a deal on PSI, it won’t get a second bailout, and without the second rescue, it won’t make those payments.

Into Monday evening, and the eurozone ministers will be joined by the European Union’s 10 other finance ministers plus European Parliament negotiators for what they hope will be final discussions on the budget pact to be signed by all save Britain, as well as a discussion on rescue funding arrangements.

With Italy, Spain and France each holding successful bond auctions since S&P’s downgraded nine of the 17 euro states ? France and Austria falling out of the Triple-A category ? the pressure on ministers to bump up emergency bailout funding has receded.

The IMF is now taking the lead here, prospecting among Group of 20 major economies for loans to boost its resources after eurozone states pledged a combined 150 billion euros ($190 billion) last month.

And after a G20 ministerial meet in Mexico in February, it will be the next EU summit on March 1-2 before the subject of how much the successor to the European Financial Stability Facility, the European Stability Mechanism, should have at its disposal on entry into force come July.

“Rescue packages and short-term liquidity are not a solution to the crisis,” German Foreign Minister Guido Westerwelle said at the weekend.

The budgetary pact is already all-but agreed, even if not everyone sees its value.

In the view of former Belgian prime minister Guy Verhofstadt, one of the Parliament negotiators, it “does not provide a response to the current crisis at such a crucial juncture with Europe on the edge of a recession.”

Tuesday’s talks at EU level will likely move onto discussing the sort of growth primers France and Germany will be pushing at the two upcoming summits ? which include plans to use public initiatives to put young unemployed everywhere to work or into training.

But Hungary should dominate proceedings, not least with Prime Minister Viktor Orban also in Brussels for meetings with the trio of figures that head the EU Council of governments, its executive Commission and the elected European Parliament.

Measures announced by Hungary to get its deficit back under control “are not sufficient,” said one senior EU diplomat.

Orban is battling threatened legal action from Brussels over new laws some say threaten the independence of its central bank, but the key issue for finance ministers will be whether to follow EU economy commissioner Olli Rehn in condemning Budapest’s management of its public finances.

As Hungary is not in the eurozone, Brussels cannot hit Budapest with the sort of financial sanctions that new laws allow elsewhere.

That means the only real stick which partners can use is a threat to withhold EU grants for poorer regions.

This is tricky, with Hungary leading a majority among the 27 EU states rejecting Commission proposals to cut these cohesion funds ? worth some 40 percent of all spending in the EU’s annual 130-billion-euro-plus budget ? over the rest of the decade. 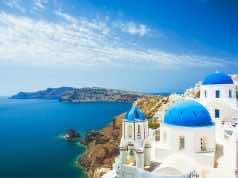