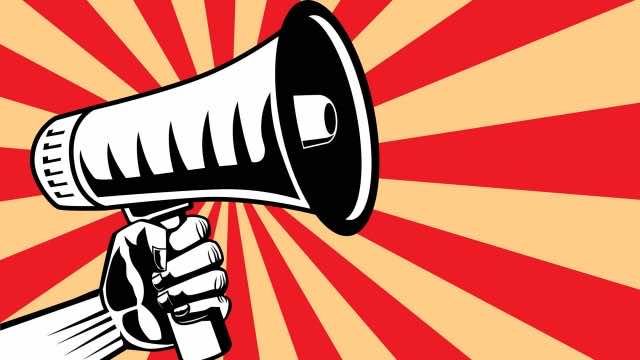 Fez – Political propaganda is a method used to influence people’s minds, behaviors and opinions to attain a response that is in accordance with the goals of the propagandists.

Propagandists, be they journalists or politicians, act as transmitters of ideas that state particular beliefs in order to win people over. Regardless of the intended messages,  propaganda can deceive people and provoke them by providing counterfeit facts that serve the interest of the propagandists. However, propagandists can also provide factual information that does inform, serve or even help audiences understand the world around them.

Many governments and leaders actually use propaganda as a prodigious tool to achieve goals. Any institution that possesses organizational and political powers engages in propaganda. In this respect, institutions resort to propaganda agents, who are charismatic and powerful people that transfer information and messages through media.

Political propaganda is mainly used as a form of communication to achieve certain objectives. Many politicians and government officials often use political propaganda to obtain support for their agendas and parties. For this reason we should always question what we see and hear and seek to find the truth, which may be clouded by fabrication.

A number of techniques have been used to generate propaganda in order to spread messages, beliefs and ideologies to the public. These techniques are highly calculated and examined to persuade the target audience, often the media, of the idea being issued.

There are different categories of propaganda, one of which is political. Political propaganda encompasses a number of communication tools used by the government to obtain power; these include the use of flags, symbols, panegyric poems and ceremonial parades.

Hitler instated what was perhaps one of the most famous and successful political propaganda campaigns in history. When the Nazi party started in 1920, the party officials tended to use terms like ‘nationalism’ and ‘socialism’ to describe themselves. They used a flag, symbols, logos and slogans to give Hitler the power to lead Germany from 1933 to 1945.

There are many instances that demonstrate how aggressive and detrimental Nazi political propaganda was during the 20th century. In 1942, Hitler carried out a successful political propaganda campaign to accomplish his goals. His focus was twofold: gathering and attracting new people. In 1933, the Nazis consolidated power from the mass media. Hitler employed numerous methods to declare war against Poland and Austria. Furthermore, he did not give up even when Germany lost World War II, and started encouraging people to take revenge.

By the same token, German war political propaganda aimed at demoralizing the enemy, destroying the cohesion, discipline and collective morale of hostile social groups. For instance, the Nazi Party managed to persuade excellent native speakers to broadcast the following slogan to France; ‘England will fight Germany down to the last Frenchman.’ Their main aim was to confound the French and make them lose trust in their allies.

In a somewhat similar way, there is little doubt that the United States has the most powerful media today. For that reason, it seems appropriate to discuss the political propaganda involved in the 2008 U.S. Presidential elections campaign, which was at that time a phenomenon that preoccupied the whole world due to, once again, its media hegemony. The U.S. government issued propaganda to encourage Americans to vote for a new president.

Barrack Obama made use of a slue of tactics to carry out his message. From the very beginning, he launched his campaign under the slogan of ‘change’ and ‘restoration.’ He promised to establish a new American institution and to restore the negative image of the United States.

Moreover, Obama used very effective slogans, such as ‘change we believe in,’ ‘change we need,’ ‘yes we can,’ and ‘we will do.’ Additionally, there has been excellent reporting on the background of Barack Obama. All of these factors, among others, aided in the Democratic victory of 2008.

During the 2008 U.S. Presidential elections, political propaganda was used to either help or destroy a certain party. Much time was spent attacking former President Bush, Senator John McCain, Sarah Palin, and other members of the Republican Party. Liberal media focused extensively on Sarah Palin’s private life and her personal problems. She was attacked and criticized because of the huge amount of money she spent on her clothing and appearance. Thus, this can be considered a counter-propaganda campaign to the political propaganda employed by the Republicans.

Based on the aforementioned examples, I can claim that the media was the first voter for Barack Obama in the 2008 U.S. Presidential campaign. This can only lead to one conclusion: that political propaganda is a form of bias and we are all biased to a certain extent.

We should always deal with any type of messages with a critical mind. We should always be skeptical and analyze all the information we receive. We need to always remember that propaganda is a double-edged weapon that could inflate or deflate what is real and even forge its own reality.

We should always bear in mind, too, that the major concern of propagandists is profitability. We should be aware of what we receive, consume, accept, adapt and adopt from different sources.