Morocco on Tuesday called on the Security Council to endorse the road map adopted by the Arab League to reach a political solution to the crisis in Syria.

“We sincerely hope that the Council will support the Arab plan to enable Syria regain its national harmony, quietude and stability,” Minister Delegate to Foreign Affairs Youssef Amrani said during the 15-nation Council’s meeting in New York on the situation in Syria.

Amrani recalled that the Arab League sent a monitoring mission in Syria to ensure that commitment made by the government are respected and establish conditions conductive of a new era free of violence.

The monitors’ report showed that the implementation by Syria of its commitment “was not sufficient”, deplored the Moroccan official, adding that the presentation of the report coincided with “a grave escalation” of bloodshed, which led the Arab League to reassess the situation and launch the Arab initiative to address all aspects of the crisis.

This political approach, he said, is based on the non-use of force, dialogue, the establishment of a national unity government and the preparation for democratic elections.

He said that Morocco presented a draft resolution backed by Security Council members (Colombia, France, Portugal, Germany, the UK and the USA) to ensure the endorsement by the Security Council of the Arab League’s road map with a view to reaching a political solution to the crisis in Syria. 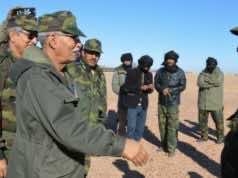 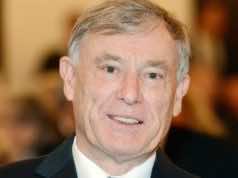 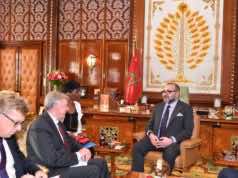