Royal pardons are customary each year to coincide with the Muslim holiday of Mawlid, the birthday of the Prophet Mohammad which fell this weekend, but it is unusual for the monarch to pardon such high-profile detainees.

The prisoners covered by the pardon included leading figures in an Islamist group called Salafia Jihadia. Morocco’s authorities say the group helped orchestrate a coordinated wave of suicide bombings in the commercial capital, Casablanca, in 2003 which killed 45 people.

Among those who received pardons were Hassan Kettani, one of the ideological leaders of Salafia Jihadia, who was serving a 20 year sentence, and Mohamed Rafiki and Omar Haddouchi, two other leaders of the group who were each serving 30 years.

The pardons are part of a changing political landscape in Morocco after an election last year which gave the north African country its first Islamist-led coalition government.

The Islamist PJD party spent years in opposition but was helped to victory by a trend in the Middle East for Islamists to gain power in the aftermath of the “Arab Spring” upheavals.

Mustafa Ramid, the new justice minister and himself a PJD member, last month said he would seek royal pardons for critics of the authorities who had been unfairly jailed.

Before his appointment to the government, Ramid was a lawyer who represented several jailed Islamists. 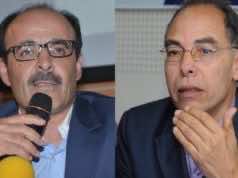 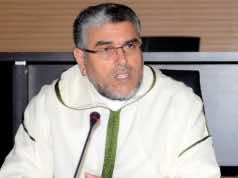