Morocco is at a “historical turning point” after the legislative elections of November 25, 2011, the first of their kind after the adoption of the new constitution which broadens the scope of rights and liberties and offers an advanced framework for citizenship and democracy, director general of Amnesty International – Moroccan section Mohamed Sektaoui said on Wednesday in Rabat.

The government and political parties must, as part of this change, lead an ongoing and essential process of reforms aimed at breaking with the era of corruption and human rights breaches, he said at a press conference to present the Amnesty International’s report under the theme “Year of rebellion: The state of human rights in MENA.”

Underlining challenges facing the region, mainly the absence of political certainty and the growing anger of the youth, he called on the new government to elaborate an action program on human rights.

AI-Morocco submitted on this occasion to authorities, political parties and the government “a manifesto on human rights”, which relates the body’s viewpoints on the human rights situation in Morocco over the past few years, and which constitutes a “contribution to spur democratic transition since only the upholding of human rights could prevent the authorities from take measures prejudicial to people.”

Hailing changes undertaken within institutions of human rights, especially at the level of the constitutional reform which lays an advanced framework for human rights, the organization deems that the starting point for the reinforcement of these reforms resides in the ratification of international conventions.

He underlined that human rights must be placed at the center of large-scale development projects launched by Morocco in order to impact poverty on the long run, calling on the government to secure economic, social and cultural rights.

At the regional level, the NGO said thatMorocco’s belonging toAfrica and the Arab League enable it to play a clear and efficient political role in initiatives aimed at developing the human rights system in the MENA region. 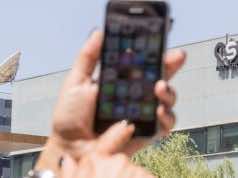