Saadi Kadhafi, one of the sons of Libya’s slain dictator Moamer Kadhafi, said a nationwide rebellion was brewing against the country’s new rulers and vowed to return to his homeland.

“I will return to Libya at any time,” Saadi Kadhafi told Al-Arabiya television by telephone from Niger where he took refuge after the fall of Tripoli which ended his father’s 42-year iron-fisted rule.

“Seventy percent of Libyans are not satisfied with the current situation,” he said in an interview Friday, adding that “the Libyan people are ruled by gangs.”

Kadhafi said that “there is a rebellion that is going on day after day, and there will be a rebellion in the entire country.”

Asked about the ruling National Transitional Council, which took over after his father’s overthrow last year, Kadhafi said: “There will come a day when the Libyan people will be capable of wiping out these gangs.”

When he returned, “I will try to make sure that there are no reprisals or revenge operations,” he promised.

The NTC responded with a renewed call to the Niger authorities to deliver Saadi Kadhafi to its custody.

“The NTC requests to the government of Niger to immediately hand over Saadi and other fugitives to the Libyan authorities to maintain its interests and relations with the Libyan people,” spokesman Mohamed Nasr al-Harizi said in a statement.

Denying any contact with Saadi, Harizi warned that the “thuwar (former rebel militias) have not given up their arms and are ready to fight any unwise force.”

The uprising that ousted Moamer Kadhafi erupted on February 17, 2011 in the eastern city of Benghazi and later spread across the entire country.

The bloody conflict ended with the capture and killing of the ousted dictator on October 20 after a fierce battle for his hometown Sirte.

Saadi, 38, took refuge in Niger last August. The African country has refused to extradite him despite repeated requests from the new Libyan authorities.

They accuse him of having “taken goods by force and intimidation when he led the Libyan football federation,” according to international police organisation Interpol, which issued a “red notice” for his arrest. 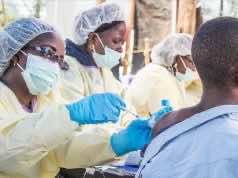 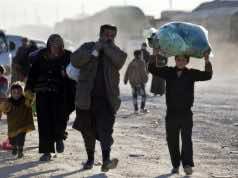