The government is not intending to re-evaluate the dirham, Economy and Finance Minister Nizar Baraka said on Monday.

“Contrary to what have been reported by some media outlets, the government is not intending to re-evaluate the dirham,” affirmed Baraka in a joint press conference with Minister Delegate to the Budget Azami Idrissi.

The reference exchange rate of the dirham is related to a range of currencies (80% for the euro and 20% for the dollar), explained Baraka, noting that the real effective exchange rate remained unchanged at the same level.

Given the crisis in the EU, Morocco’s main economic partner, a re-evaluation of the dirham will not lead to an increase in Moroccan exports, the Minister went on to say.

He also added that the re-evaluation will not have an impact on imports, which are made up notably of oil products and wheat. 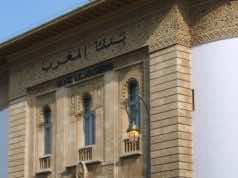