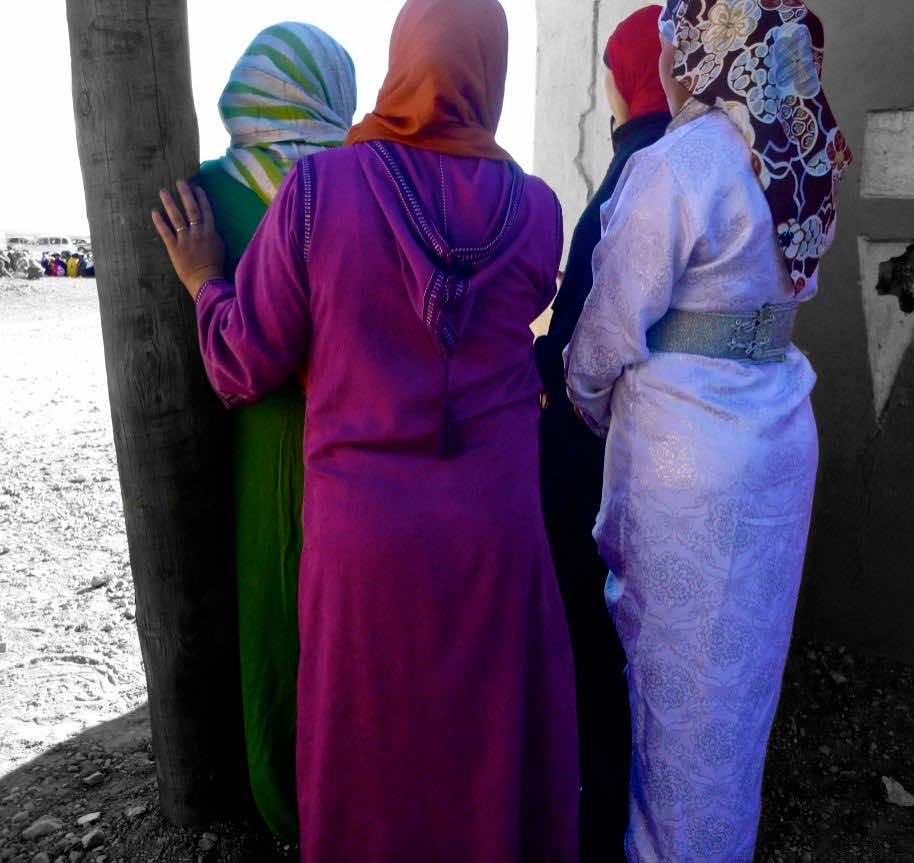 Rabat – Once again, gender roles has proven itself to be a deeply controversial and hard to deal with issue. Such an issue allows bias to filter arguments and ideas; likewise, no matter how hard one tries to stick to neutrality, there is always a possibility for misreadings and misinterpretations to occur. So far this sounds normal and understandable, but the issue gets thorny when it trespasses the limits of misreading and misinterpretation to passing judgments. This piece is more of a clarification of certain misunderstandings and confusion on the part of some readers who found fault with the contents of my previous article. I will start by delineating the misunderstood points and then elaborate on the ideas I discussed previously.

My reference is to Linda Harris’ article “Morocco: Gender Roles and the Rhetoric of Change?” published in Morocco World News on February 4, 2012. In her article, Harris argues against my idea that Moroccan society is witnessing significant changes in gender roles. Moreover, she goes further in judging the ideas behind the article and the author’s personal attitude towards the whole issue. As a matter of fact, Harris’ article provides us with a perfect case in point of a western misreading of eastern cultures .

Harris’ tone in her article is intense and agitated and from the outset she is direct and straightforward in stating her strong belief in the falsity of the ideas forwarded in the article. These she sometimes describes as “foolish.” Harris’ point of view is respected and her attempt to enrich the discussion is highly appreciated; however, a great deal of her article is an emotional reaction, (as she points out when she says “I strongly believe [the author] to be mistaken”), and based on emotional reading of the article rather than the result of reasonable understanding.

Understanding eastern societies in general calls for more than theory, which is the main problem with Harris’ article. The claims in her article are best asserted in theory rather than in the reality of Moroccan society. Her understanding of my article boils down to falsely limiting it to a discussion “of changes in the structure of Moroccan society that include changes in women’s rights.” She goes on to state that I make “the case that Morocco has shifted its control and power from that of a patriarchy to that of a matriarchy.”

This conclusion is unfounded because I never declare in any way that Moroccan society has shifted to a matriarchy, nor do I deal with women’s rights. The contention in my article is that gender relations are changing in society. This, Harris seems unable to grasp as the viewpoint of the article. My article never discusses any change in women’s rights. Although both women’s rights and women’s role are related, Harris seems to need to wrestle with making a difference between the two.

Indeed, the last twelve years have brought about a lot of changes in women’s rights in Morocco, exemplified by the implementation of a new family code. The code has reshaped the whole frame of gender relations and has redefined gender roles. However, what I deal with in my article is a by-product of such changes, not the changes per se.

Women do have their needs met if they stay at home: it is part of Moroccan culture that a man provides for his family, and it is part of the image of the man to be manly. The husband, the father, or sometimes the son in the absence of the father, are the ones in charge of bringing food to the table, because a family in Morocco is headed by a male who has to live up to his role.

From another perspective, however, there are many instances of women being in charge, partly or completely, of the family. Indeed, women in Morocco are active participants in society, be it in rural or urban areas. In the country, women take part in farming and are in charge, for example, of dairy products of farms and other crops for sale in the souk. Men take care of more arduous tasks such as plowing the land and carrying heavy loads. But it is very common, too, to find men and women side by side in complementary activities, like sowing and harvesting.

Likewise, in the city, getting a job has become more of a necessity for women, especially if the husband’s income is limited. A woman’s income can allow a couple to lead a relatively comfortable life and provides for services that may be considered luxuries by other couples. This is how life in the city has shaped itself in Morocco; women in cities have an active presence in social life because now they have a say in it. This empowerment of women, though insignificant to Harris, could be the beginning of a rising matriarchy, but it is not known if this matriarchy will materialize or not. This explains why the title of my article is in the interrogative form, but Harris fails to see it and insists on providing her personal definition of matriarchy.

To Harris, “a matriarchy is by definition a society structured in such a way that females hold all central roles in government and political leadership, as well as all ideological, religious, and moral authority.” Once again, Harris seems to have a problem with the definition of her terms. Such a definition of matriarchy is reductionist and echoes political feminism. Matriarchy is a social system before being a political one. Matriarchy is a system where the oldest woman controls the family and its resources as well as possessions. From here, we can stretch it to touch politics as Harris defines it, but her definition remains narrow and reductionist.

Moroccan women’s role in Moroccan society have changed, and this is a fact that can only be seen from within, not from without. The socioeconomic changes that have taken place not only in Morocco, but globally as well, together with other factors have empowered women to advance in participation of social development and the welfare of their country.

Harris’ denial of such a fact is unfounded and remains a stereotypical response, since a great deal of her response to the idea of change is based on theory. This makes one wonder whether Harris is in the right position to make such claims and to judge the reality of Moroccan society and culture. Her attitude seems based in personal feelings and theoretical hypotheses.

By the same token, Harris finds the article to defend the culture of incarceration. There is no place in the article where such a defense can be found and it seems that Harris has a problem with grasping figurative use of language, as she sticks to the literal meaning of the word “incarceration” and refuses to acknowledge its figurative use.

More than this, Harris claims and accuses the author of opposing or having some grave problem with gender progress in Morocco. First, it is hard to see how Harris manages to come to this conclusion, as after rereading the article again, no indication of such a claim has been found. Moreover, her very statement betrays her as it ironically reveals her acknowledgement that there is change in gender roles in Moroccan society. Harris’ next accuses the author of insulting women implicitly while, once again, her words betray her as she explicitly insults Moroccan men by recommending they “grow as human beings.”

The next issue Harris finds fault with is religion because it is male-dominated. Her claim stands on the fact that imams in mosques are all male with no chance for women to have a similar leading position in religion. Harris’ claim reveals her ignorance of the role of religion and its foundations.

Harris’ lack of depth in dealing with the issue of gender in Morocco and her shallow arguments trap her in many contradictions and inconsistencies. Therefore, to put things in the right order, I recommend that she rereads my article as a response to hers, not the other way round. Learning about eastern societies cannot be limited to theory or stereotypes. Her position gives her little credibility in assessing social dynamics in Morocco and the changes it has been witnessing. One needs to come down from the ivory tower and get experience in real life.