Boarding a ferry from the Moroccan port of Tangier back to Spain, where they live, Younes al-Adli and his wife worried that they might no longer make enough money in Europe to provide for their extended family.

Without work in Spain since last year, the couple were forced to leave their 18-month-old son, Amir, behind with his grandmother in Morocco.

“My wife and I were supporting 26 of our relatives before the crisis. Now we cannot provide for ourselves and our son,” said the bespectacled 32-year-old Adli.

As European countries scramble to fix the debt disaster that threatens a region-wide recession this year, Adli’s future hangs in the balance, along with the futures of many of the 2.5 million Moroccan migrants who live and work in Europe.

Morocco is one of the Arab economies most heavily reliant on remittances from its expatriates. So growing hardship for European-based Moroccans may worsen the country’s balance of payments and affect hundreds of thousands of people at home who depend on whatever cash their relatives abroad can wire them.

Mostly based in France, Spain and Italy, Moroccan migrants in the euro zone generally occupy blue-collar jobs, making them vulnerable to job cuts as economies slow.

Adli admits it may take him some time to find new work in Spain, but he is prepared to do whatever it takes to stay there.

“If I fall sick in Spain I will be able to get proper care in hospital for free. But here, being without work and falling sick may mean death,” he said.

Morocco’s economy has so far performed well during Europe’s sovereign debt crisis, partly because of a surge in the government’s social spending to maintain political stability during last year’s unrest in the Arab world. Finance Minister Nizar Baraka estimated this week that the economy grew 5 percent last year, up from 4 percent in 2010.

But increases in government spending cannot be sustained indefinitely, so remittances by migrant workers will remain vital to the economy. At $7 billion in 2011, they generated more hard currency for Morocco than phosphate sales, the top export industry, and nearly as much as tourism, the second-largest job provider. The transfers have helped alleviate poverty in the country of 32.5 million people.

“Morocco reduced poverty by 40 percent between 1991 and 2008…due mostly to individual endeavours, such as a noticeable rise in remittances,” said Lahcen Achy, a senior associate at the Carnegie Middle East Center, a think tank.

In Spain since 1999, Adli lost his job last year after the small rubber factory in Alicante where he was working sacked a quarter of its staff in response to lower sales. His wife lost her job a few weeks later with the closure of the cafe where she worked.

“Try surviving on 500 euros ($650) per month in Spain,” Adli said of the unemployment benefit he receives since he lost his job. “We may soon lose that income too. That’s what the papers say.”

The shaky prospects of its migrants are only one aspect of the threat to Morocco from Europe’s troubles.

“We have yet to see the full extent of the repercussions of the euro zone crisis on our economy,” said Salwa Karkari, an economic expert and member of parliament from the opposition USFP Socialist Union party.

“Migrant transfers, tourism receipts and foreign direct investment will be affected by the crisis. The political context in the Arab region as a whole is prompting foreign investors to opt for a wait-and-see attitude towards Arab countries in general.”

Around 60 percent of Moroccan export revenues are generated by trade with the European Union, which also provides over 80 percent of Morocco’s foreign tourists, upon whom 400,000 direct jobs and 10 percent of the country’s gross domestic product depend.

Tourism Minister Lahcen Haddad predicted 2012 would not be an easy year for the industry as Europeans cancelled, delayed or shortened their holidays. After several years of continuous growth in tourism numbers, Morocco is now hoping that tourist arrivals will at least not fall below their 2011 level, he said.

Slackening economic growth in the EU is already apparent in trade figures. EU imports of Moroccan goods grew 7.8 percent in 2011, slowing from 19.8 percent growth in 2010.

“There is a strong correlation between EU growth and demand for our exports,” Baraka said.

Textiles are the country’s second largest export earner, after phosphates, but its key market is the euro zone. The textile industry directly employs over 200,000 people.

“The forecasts for 2012 are not very optimistic…The conditions for 2012 should be more difficult,” said Karim Tazi, who chairs AMITH, the industry’s lobby group. “Exporters now have visibility only for the short term. France and Spain are our main markets.”

At around $17 billion, hard currency inflows from tourism, migrant transfers and direct foreign investment have cushioned the impact of a growing trade deficit on the balance of payments.

“Morocco’s balance of payments looks set to face quite an exceptional situation in 2012. The current account deficit will likely worsen after it was reduced considerably in recent years,” Carnegie’s Achy said.

Any deterioration in foreign currency inflows could erode Morocco’s ability to fund imports at a time when many of its main exports face tough competition from cheap producers such as China. Morocco is heavily reliant on imports of fuel and wheat, whose prices have risen on international markets.

Foreign currency reserves at the end of 2011 totalled about $20 billion, covering a little over five months of import needs, the lowest level since 2001.

Government ministers said this week that Morocco might tap the international bond market in 2012; any issue would test how global investors view the pressures on its balance of payments as Europe struggles.

“Morocco’s capacity to generate foreign currency reserves is very limited,” Achy said. “Prices of crude oil and grain are going up while other exports, with the exception of phosphates, aren’t doing very well…The current account deficit will likely increase in 2012.” 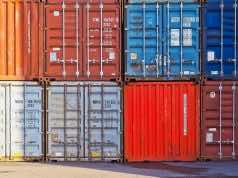