Rabat - "My land knows me" by Rabie Jaouhari, a documentary that recounts the tragedy of Mustapha Salma Ould Sidi Mouloud who continues to be prevented from reuniting with his family in Tindouf camps, was screened on Wednesday in Rabat. 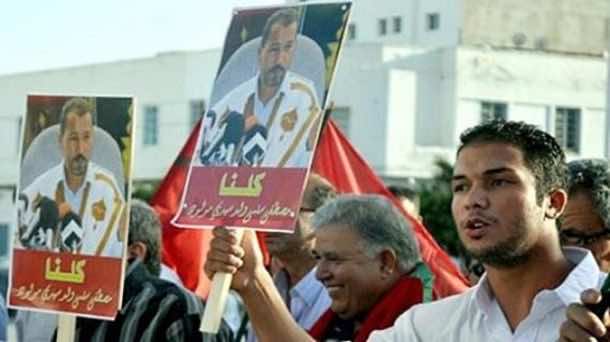 Rabat – “My land knows me” by Rabie Jaouhari, a documentary that recounts the tragedy of Mustapha Salma Ould Sidi Mouloud who continues to be prevented from reuniting with his family in Tindouf camps, was screened on Wednesday in Rabat.

The documentary relates the tragedy of Mustapha Salma Ould Sidi Mouloud, a former polisario official who was tortured and denied access to his family by the separatists for his opinions in support of Morocco’s autonomy initiative, reports Al Oula TV channel.

The 90-minute documentary relates the life of Mustapha Salma who had served as a senior police official in the Polisario-run camps of Tindouf (southwestern Algeria).

The documentary also sheds light on the indoctrination endured by children and young Sahraouis by the separatists and shows aspects of the abject living conditions inflicted on the population held against their will in the polisario-administered camps.

Mustapha Salma has publicly voiced support for Morocco’s autonomy plan to settle the Sahara conflict. Afterwards, the separatists, Kidnapped, tortured and imprisoned him then sent him into exile in Mauritania.